We may earn a commission from purchases through links on our site. You can learn more here.
By Luke Bouma on December 31, 2014 at 8:12 am CDT in News 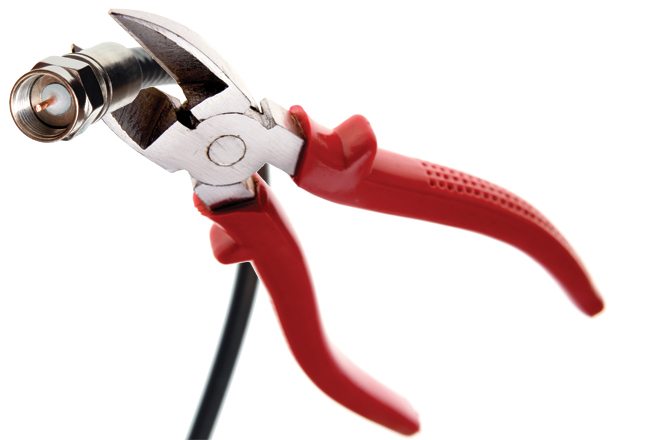 2014 has been a huge year for Cord Cutters. Many major new products have come on the market, and some have gone away. Now that 2015 is almost here, let’s take a moment and look back at some of the major stories of 2014.

The biggest story for Cord Cutters in 2014 has to be HBO’s dual announcements. First, HBO announced in April that their back catalog of shows would be available on Amazon Prime. In October, HBO announced they planned to offer a subscription plan, to .

When people list reasons not to cut the cord HBO is often second, after first ranked live sports. Now, a legal way to purchase HBO without a cable subscription will open up cord cutting to millions of HBO subscribers.

In April, the Kindle Fire TV was launched and immediately became the biggest new streaming set top box to enter the market in 2014. One of its greatest attractions has been the ability to mode it and load services such as XBMC on it. Something the locked down, or power limited, Roku, Chromecast, and Apple TV have not been able to offer.

While the Fire TV market share is still small, it is steadily growing, and the new features it offers are creating new competition for cord cutters to benefit from.

Not everything has been positive for cord cutters this year, as 3 popular services have closed their doors.

Aero is the most well-known service to close their doors in 2014. Sadly, it was not because of lack of users, like the others, but because a federal court order forced them to close down.

Redbox Instant, a service run by Verizon, was the most surprising closer of 2014. Citing a lack of users, and profitability, Verizon pulled the plug on the service in October. Thankfully, they did allow anyone who had purchased movies through the service to move their content to the M-Go service. If they had closed their door and permanently blocked access to all the content customers had paid for, it could have set cord cutting back, as it would have destroyed the trust many had in purchasing digital media.

The last service has not officially closed for good, but Hitbliss ended their Beta service with a promise they would be back. The service was popular with many cord cutters as it allowed them to earn credits toward purchasing content, on services like Amazon Video, by watching ads. While not everyone appreciated the service, the closure of Hitbliss is still one of the most googled stories on our site.

Sadly, since their closure in the late spring, no announcements have been made by Hitbliss and they have deleted their Facebook page. The site is still active, but is unchanged from how it looked before the service shut down. Hopefully, they will return in 2015, but it is looking unlikely at this time.

2014 also marked the year that Netflix became bigger than Comcast and Time Warner Cable combined. As of the first quarter of 2014, the cable companies had a combined user base of 30 million subscribers. Netflix jumped them with 35 million subscribers. This was a huge moment for the credibility of online video services as a viable business.

Netflix also turned down a major deal to show ads on their service, to the delight of their members, as this was the third most viewed news story on our site.

Hulu dropped from the second largest paid video services to the third, behind Amazon Instant. In an effort to address the negative perception of the company, and lack of content, the new CEO has announced they are looking at ways to reduce the amount of ads.

Hulu also made a major move to bring in new content. At the very end of the year they announced a deal to add Discovery Networks, FX, and more ABC shows to Hulu. They had already struck a deal with CBS to offer some of their shows on Hulu in February.

The addition of new content, and hopefully a reduction in the number of ads, should make Hulu more attractive to cord cutters.

Amazon had a huge year for their streaming service. As already mentioned, they became the second largest paid streaming service in the US. They also struck major deals with companies like HBO. In addition, Amazon put out a set top streaming box and stick.

On top of this, they brought the Amazon Instant service to Android Phones, opening up the service to millions of Android users.

Along with the good news comes the bad news of recent changes to the Amazon Season pass. In the past, season shows charged you as the shows where released. Now, some shows charge you for the whole season upfront, and deliver the shows after they are aired. We found out that with the new policy, even if you already have purchased some of the shows, you still have to pay full price for the season.

So, for Amazon Instant fans, it has been a mixed year of good and bad news.

Some of the speed increase may come from the fact that Netflix has started to pay ISPs for better deals in order to bring their content to the ISPs customers. Hopefully, 2015 will mark a change to net neutrality rules to help prevent this practice.

What is even more exciting is 2015 looks to be an even better year for cord cutters.

Disclaimer: To address the growing use of ad blockers we now use affiliate links to sites like Amazon.com, streaming services, and others. Affiliate links help sites like Cord Cutters News, LLC stay open. Affiliate links cost you nothing but help me support my family. We do not allow paid reviews on this site. As an Amazon Associate I earn from qualifying purchases.
Amazon Offering Free Instant Rental With Purchase Of Some DVDs And Blu-Rays
/r/CordCutters Winter Survey Results