Tubi TV Gains Access To The MGM and Lionsgate Libraries 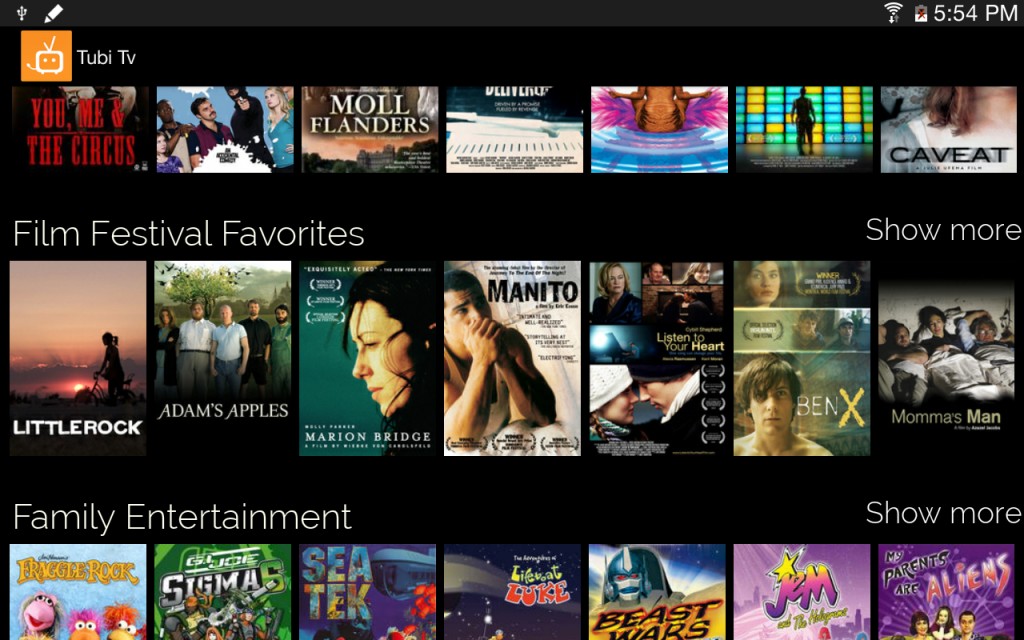 Tubi TV the free Netflix like streaming service today announced that Metro-Goldwyn-Mayer Studios (MGM) and Lionsgate, have invested in Tubi TV and are providing access to hundreds of premium library titles. This deal will make Tubi TV unquestionably, the largest free streaming TV network in the world.

The Lionsgate and MGM titles add to the 40,000 movies and TV shows Tubi TV has already acquired from over 200 content producers. The MGM and Lionsgate libraries feature Academy Award-winning films, like Crash, Rain Man, and The Hurt Locker, and features Hollywood superstars Tom Cruise, Johnny Depp, Kevin Spacey, Ben Affleck, and many others. We are ecstatic to be adding to our diverse content with some of Hollywood’s biggest box-office hits.

“We’re delighted to partner with Farhad and his team at Tubi TV as we continue to ensure that our content is being monetized across every platform, digital and linear, ad-supported and subscriber-based, domestically and internationally,” said Lionsgate President of Worldwide Television & Digital Distribution Jim Packer. “This agreement reflects our ongoing commitment to license our content across an expanding array of ad-supported digital platforms and serve next generation audiences around the world.”

“MGM is thrilled to partner with Tubi TV, furthering the company’s strategy to connect its library of premium content with the viewing habits of digital consumers across the U.S.,” said John Bryan, President, Domestic Television Distribution, MGM. “MGM’s investment and license agreements enable the studio to expand into OTT services, allowing consumers to find MGM films and series on multiple platforms.”

“We’re excited to partner with Lionsgate and MGM and feature some of their most unforgettable movies. With this investment and partnership, Tubi TV is now the largest and best free streaming TV platform,” said Farhad Massoudi, Founder and CEO, Tubi TV. “Consumers want more streaming premium content without subscribing to yet another app or paying for another channel. Tubi TV’s mission is to make premium content accessible to everyone, everywhere, without having to pay more. Tubi TV will always be free.”

Tubi TV is available for free on Web, iOS, Android, and connected devices including Roku, Amazon Fire TV, Xbox One, Xbox 360, Samsung, and most recently the new version of Apple TV.