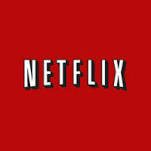 The Convergence Consulting Group also predicts from a study they finished this month that the US cord cutting population will hit 6.23 million by the end of 2014. That will represent about 6.2% of the US households.

Canadian online content consumption still lags behind the US at only 42%. of all media consumed in Canada.

All the stats in this post come from the Convergence Consulting Group report “The Battle for the North American (US/Canada) Couch Potato: Online & Traditional TV and Movie Distribution” Released April 2014.