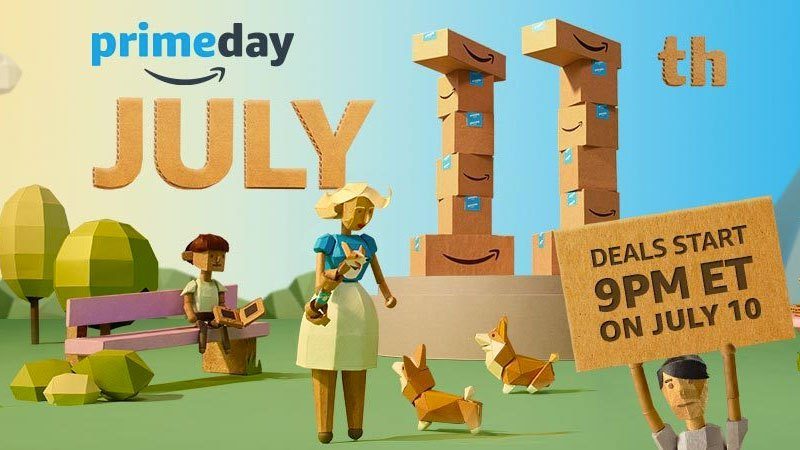 Amazon just announced that the third annual Prime Day will be Tuesday, July 11, with hundreds of thousands of deals exclusively for Prime members around the world. New this year, members in Canada can enjoy 30 hours of deal shopping starting at 6 p.m. PT/9 p.m. ET on Monday, July 10 – and new deals as often as every five minutes. Prime Day has expanded to 13 countries this year, and Amazon is bringing new and existing members in Canada, the US, the UK, Spain, Mexico, Japan, Italy, India, Germany, France, China, Belgium and Austria the best deals of the year.

“Our members love Prime Day and we were thrilled by the response over the last two years. It is inspiring us to make it even better this year for Prime members,” said Greg Greeley, Vice President Amazon Prime. “Every side of our business is working to deliver more deals for a record number of shoppers. We even decided that 24 hours in a day just isn’t enough time to shop all of the great deals – so we’re giving Prime members 30 hours to shop on Prime Day!”

This year, the deals will start July 5. Here are the early Prime Day deals you should keep an eye on.

As a Prime Day exclusive, Amazon will reveal a brand new tease of The Grand Tour for Prime members. The new footage, which is the first look at any filming from the hugely anticipated second season, sees Jeremy, Richard and James in Mozambique, Switzerland and the UK. Prime members will get this exclusive Prime Day sneak preview ahead of the full The Grand Tour season two launch later this year.

We will be posting Prime Day cord cutting deals on our site and social media as we find them.