Recently we reported that Amazon changed how their Season Pass works. For most shows you no longer can buy each episode as they come out at a reduced rate. You now have to pay upfront for all the shows. With the new policy we found out that even if you already have purchased some of the shows, you still have to pay full price for the season. 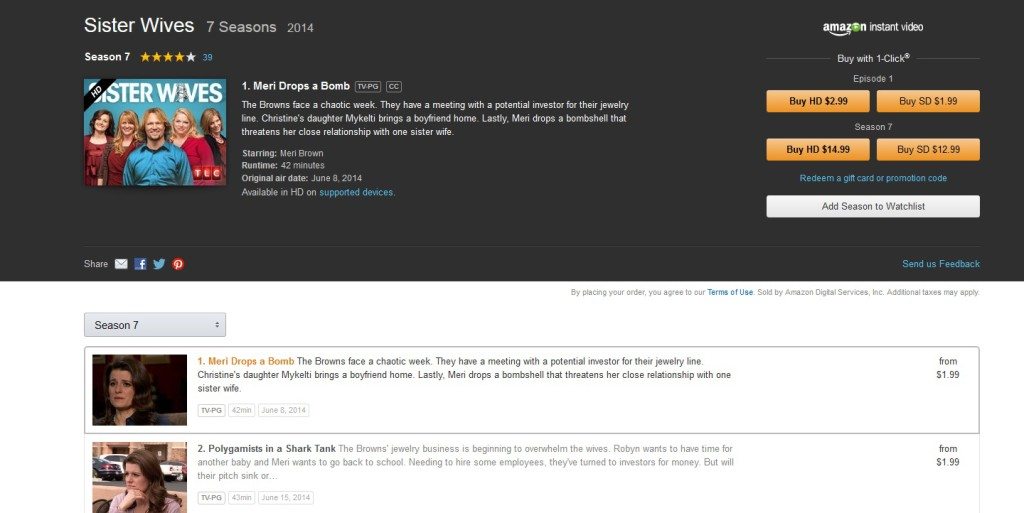 Now I went and purchased the first episodes in SD for $1.99 each. Take a look at the season price for the SD version. 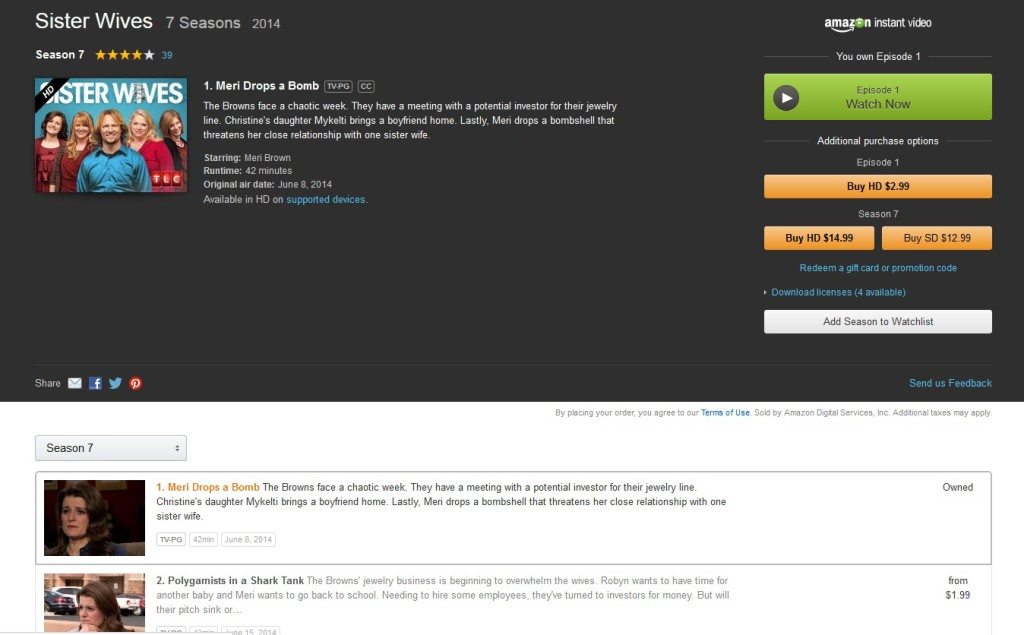 It is still cheaper to buy a Season Pass upfront because this season has 9 episodes and at $1.99 each it would cost $17.91. The Season Pass is just $12.99 for all 9 episodes. For a season that is already out, you can easily do the math to figure out whether the Season Pass is a good deal. For seasons with an unknown number of episodes like Sister Wives, it could be harder at the start of a season. Take for example, TLC’s 19 Kids and Counting that just started a new season. Is $22.99 a good deal? It is impossible to tell without knowing how many shows will be in the season.

Amazon has a long history of being fair and honest with its customers. This change does remove a lot of the transparency from the old system and raises questions about the benefits of the Season Pass. In the past you could buy a Season Pass for $1.89 an episode and know you would save $0.10 for each episode no matter how many episodes they release. Now you are left guessing over what is your best option.

The new policy may also discourages buying a few episodes to try out a show. I purchased 3 episodes of 19 Kids and Counting before I purchased the full season for $22.99. Even after paying $5.97 I still had to pay $22.99 for the Season Pass. I feel ripped off because I just double paid for part of the season. Feeling like this may make many second guess buying a Season Pass after they already bought an episode or two.