Android TV 8.0 is Rolling Out to Some Mi Box Owners 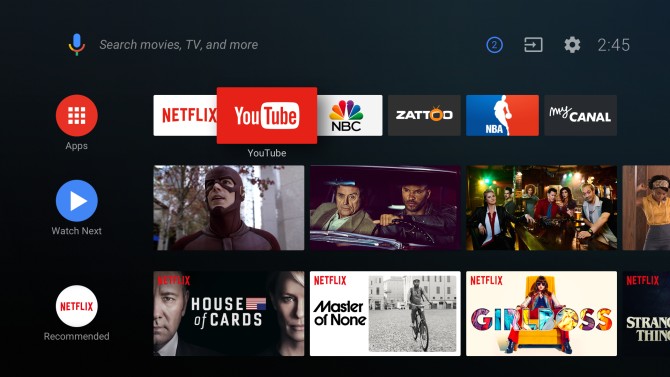 Last summer Google showed off the new Android TV 8.0 with a brand new user interface. Now after months of waiting some Mi Box owners are reporting that they are now seeing the update roll out.

With this update, Android TV devices will get a completely revamped user interface that puts a much bigger emphasis on content recommendations.

In the past all the recommendations showed up in one row now Google is splitting up these recommendations by service that will give Netflix, YouTube and other apps their own row, or channel, as Google officially calls it. Within that channel, publishers can surface TV shows, movies and other content based on their own priorities, and for example either highlight new content or redirect users to things they have been watching.

There’s also a “Watch Now” queue, which will theoretically have the next episode of recent shows you’ve been watching and movies you’ve quit halfway through. It’s like a “keep watching” list on Netflix. But it’s also like a proper Netflix queue because you can save any show or episode to it by long-pressing on its icon.

Hopefully, more Android TV devices will be getting the 8.0 update soon.