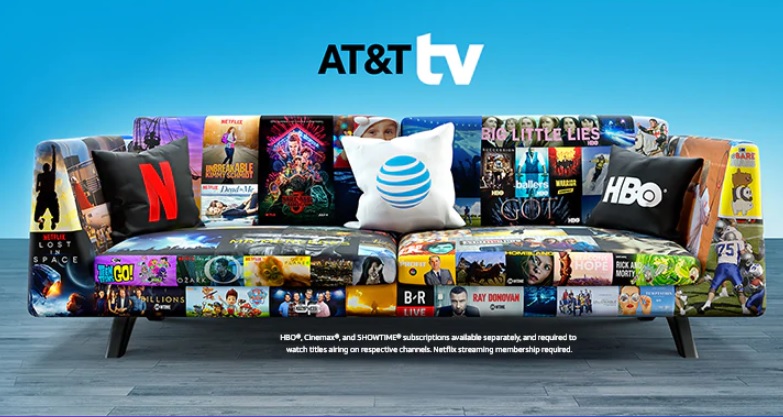 AT&T has made a lot of big changes lately. With those changes, the company has renamed two of their TV services which has caused some confusion for viewers. Let’s look at the difference between these two separate TV services: AT&T TV and AT&T TV NOW.

Defining and Differentiating the TV Services

Just before these name changes went into effect, we shared a post breaking down the difference between all of AT&T TV’s TV services. Now that changes have gone into effect, here’s how we can describe the two separate services:

AT&T TV is the streaming version of DIRECTV. AT&T TV went live on August 19 and is set to roll out nationwide by the end of 2019 (subject to change).

This is more of a cable like service than a cord cutting service and requires an annual contract, along with charging an activation fee. AT&T TV does come bundled with 1 AT&T TV device that is free but the second devices costs $10 a month or $120 for life.

AT&T TV Now is DIRECTV NOW rebranded. The only change right now is the name: DIRECTV NOW has changed to AT&T TV Now on Roku, Fire TV, and Apple TV. This is a streaming service without an annual contract. You can watch on your streaming device, without the need for additional equipment.

AT&T TV and AT&T TV NOW are both available through the same app. The app is called AT&T TV. The content and features you’ll see will depend on which of the services you’ve subscribed to.

AT&T TV customers will likely be unhappy to learn that even though you pay the same for AT&T TV as you did DIRECTV you actually get less for your money. A few of the most notable missing features are some local channels, NFL Network, NFL Sunday Ticket, and, strangely, AT&T Sports Net.

The other thing AT&T TV is missing is someone to set up your TVs for you. AT&T still charges an activation fee the same as if you paid someone to come to your house and set up DIRECTV. (Read more about customers paying the same and getting less in this post and get the details of what you’ll get for your money with AT&T TV in this post.)

AT&T TV NOW doesn’t seem to have any major changes from the DIRECTV NOW service after the rebranding and name change. You’ll still have the same options for packages and the pricing has stayed the same as well. (Read more about AT&T TV NOW in this post.)

You’re not alone, and AT&T isn’t necessarily helping to clear up the confusion. You may have seen ads lately saying that DIRECTV NOW is now AT&T TV instead of the correct name AT&T TV NOW.

The description for the AT&T TV app in the Appstore has a similar message, saying “We’ve rebranded DIRECTV NOW to AT&T TV” with an image to match. (Screenshots from the Appstore taken August 26 below.) 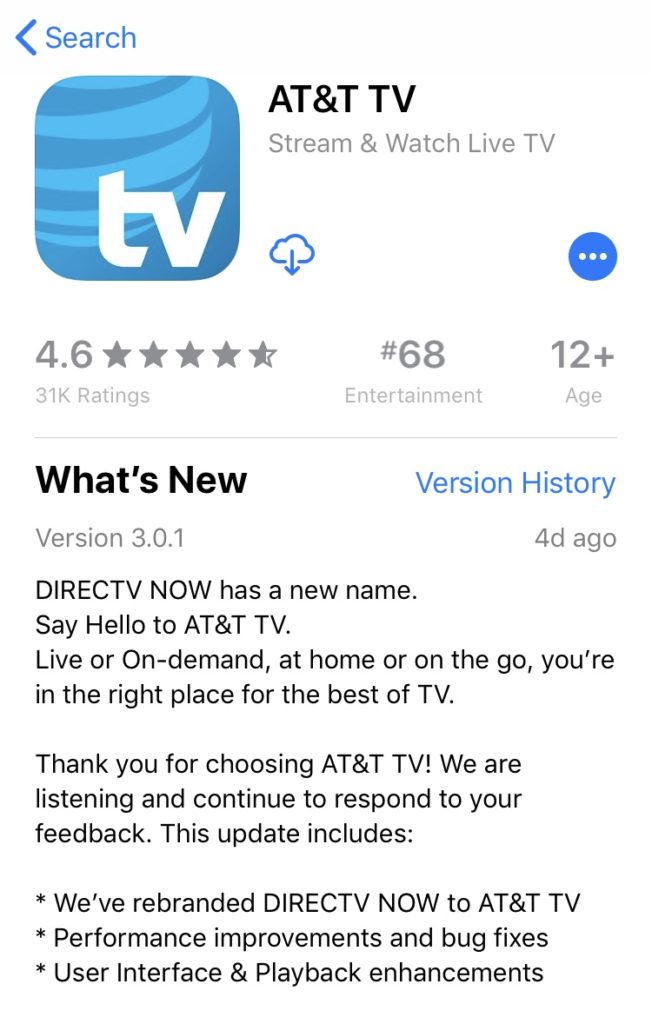 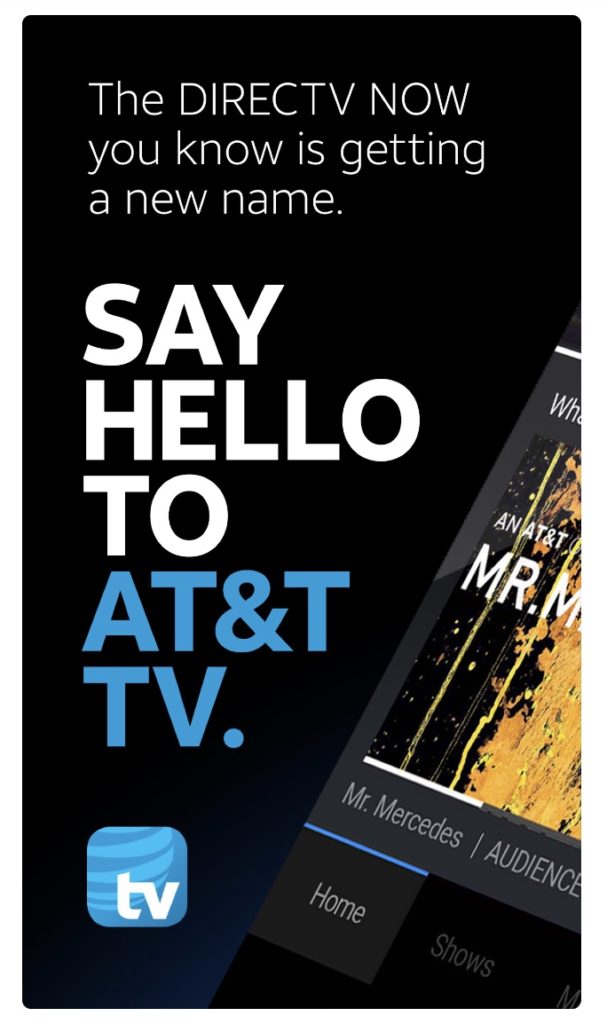 To learn more about the differences between all of AT&T’s TV services, read our guide HERE.