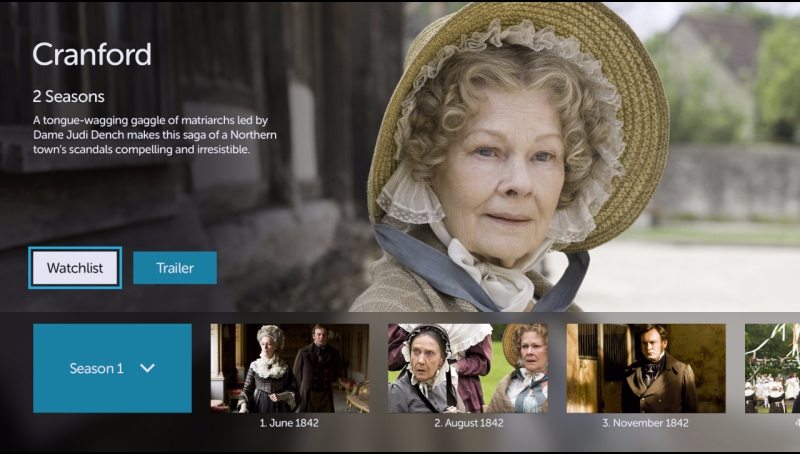 This week BritBox, the subscription streaming service from the BBC and ITV, announced that they have topped 250,000 subscribers. This comes as BritBox expanded from the United States into Canada.

BritBox, home to the largest collection of streaming British content in both countries, has doubled the number of available hours since launch, exceeding 4,600 episodes of British programming; has premiered at least one key title every week; and is committed to a 50% increase in original and acquired programming investment for the upcoming year.

Soumya Sriraman, president, BritBox, North America said, “It’s been an incredible year. We have listened to our users, been responsive to their suggestions, and opened up a whole new world of British content for U.S. and Canadian viewers to enjoy. Building on this positive start, next year we plan to invest even more in both original and acquired British programming and make a step change in our marketing investment to spread the BritBox word. I can’t wait to see what year two brings.”

BritBox first launched in the U.S. on March 7, 2017. The service has exclusively premiered Five by Five, produced by and starring Golden Globe® winner and Oscar® nominee Idris Elba (Luther), Broken, starring Emmy® Award winner and BAFTA nominee Sean Bean (Game of Thrones), and Mum starring Oscar nominee Lesley Manville (Phantom Thread). It has also added British reality and entertainment stalwarts such as Strictly Come Dancing (the original UK version of Dancing with the Stars) and QI, seasonal comedies for the holidays such as French & Saunders and Upstart Crow, and factual lifestyle strands such as Escape to the Country.