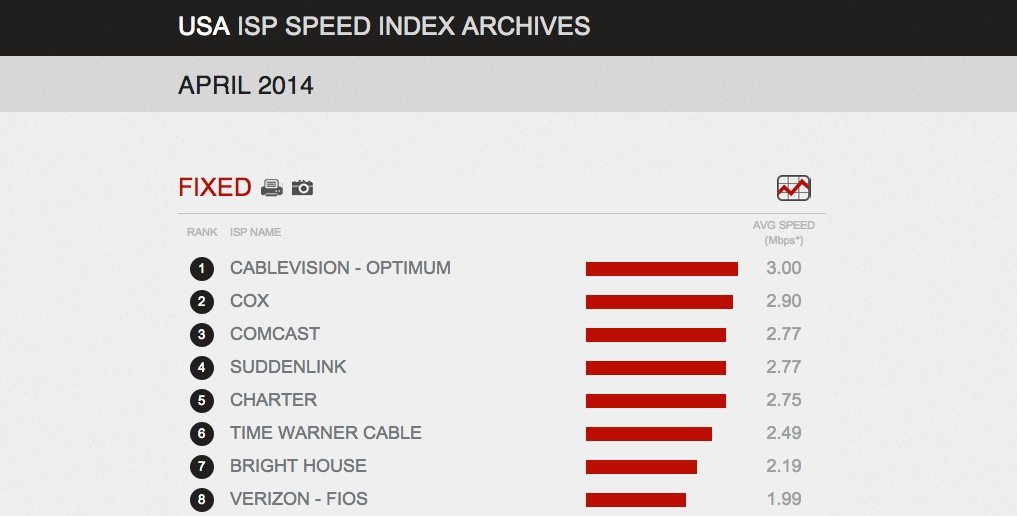 No big surprise here but Comcast keeps climbing on the Netflix IPS speed chart. Now locked in at 3rd places with a average speed of 2.77 up from 2.5 last March. This all comes after Netflix agrees to pay Comcast for better speed. Before the deal Comcast was ranked 14th on the list. 3 months latter and Comcast is now 3rd on the list.

It looks like ISP networks are going down a dangerous road that could lock out new start ups from being able to pay what Netflix, Amazon, and Hulu can to reach consumers. We have all heard the argument that this dose nothing to hurt Netflix but it clearly will kill off competition.

You have to wonder if this is the outcome Netflix wants. As they set the bar high paying Comcast and soon other ISPs for priority access will leave ISP networks asking for similar deals from every video services.