Confirmed: HBO NOW Will Be Available On The Roku 4 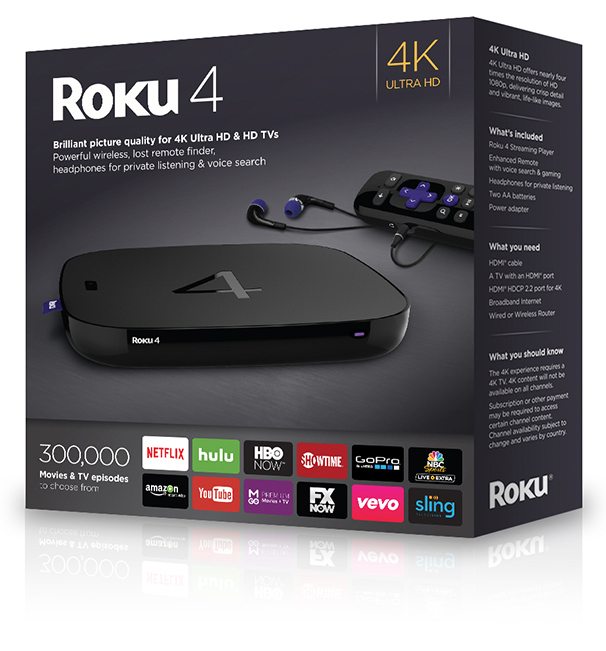 Update #3: Offical Comments from Roku and HBO have been added to this post.

Some things just stare you in the face and yet you don’t see them.  One of things is as pointed out by one of our readers is the Roku 4 box shown on Amazon.com has an HBO NOW logo on the front. The long rumored move to Roku of the HBO NOW stand alone subscription service is just today hitting the Roku!

“HBO NOW is a hit with consumers and we’re thrilled to make it available to millions of Roku customers,” said Jeff Dallesandro, Senior Vice President, Worldwide Digital Distribution and Business Development, HBO. “Bringing our programming to consumers through HBO NOW is a natural evolution for HBO, and partnering with a streaming leader such as Roku greatly extends the reach of our service as we usher in this next phase of innovation for our network.”

“We applaud HBO for breaking the mold to deliver a fantastic standalone streaming service for consumers,” said Steve Shannon, general manager of Content and Services at Roku. “The combination of the Roku platform and HBO NOW signifies a new era of streaming for our customers because they now have instant access to HBO and its incredible selection of entertainment, even without a traditional pay TV subscription.”

HBO NOW allows you to subscribe to HBO without a cable subscription for $14.99 a month. You get a live feed of HBO and on demand content with no contract; something cord cutters have been wanting for a very long time.

Roku is the last major streaming set top box to get HBO NOW; Apple TV, Fire TV, Android, and others already have had the service for sometime. There is no word on support for older Roku boxes getting the HBO NOW channel but it should be expected to be released on current Roku devices.