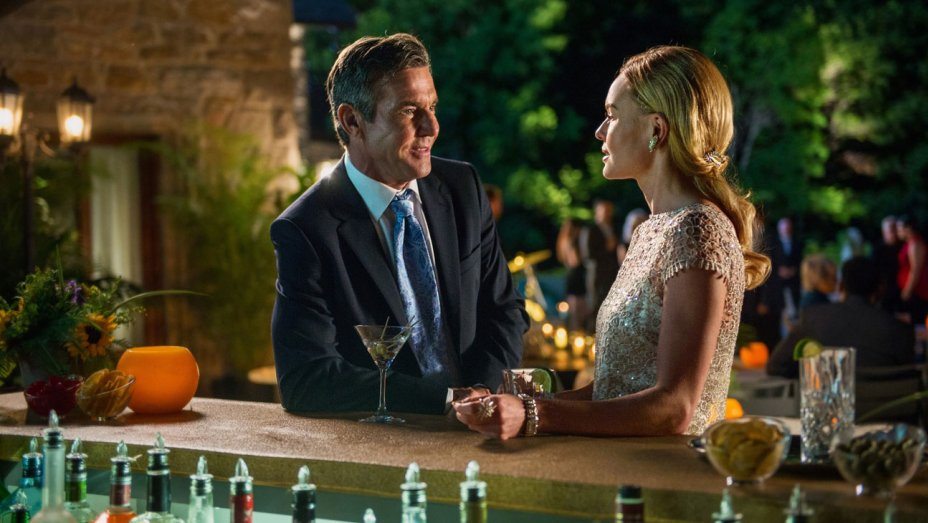 Season two of Crackle’s critically-acclaimed original scripted drama “The Art of More” is now available to stream all ten episodes. The series is a high-stakes journey of greed and desperation through the New York auction scene where it’s not just the art and memorabilia that comes at a high price. Our characters’ attempts to achieve power, revenge and greater levels of success only create complexities that will find them becoming more like the frauds and forgeries that they are attempting to sell.

In the premiere episode titled, The Pecking Order (Written by Brendan Kelly, Directed by Rob Lieberman), Graham (Christian Cooke) gets caught in a dangerous FBI manhunt. Brukner (Dennis Quaid) plots to turn the tables on his growing enemies, while Roxanna (Kate Bosworth) makes a risky power play at DeGraaf’s while forging ahead with the fraudulent Swift auction. From his Croatian hideout, Davenport (Cary Elwes) hatches a new art scam.

For Graham Connor (Christian Cooke), that means re-starting his career in the auction business to help the FBI take down a prominent collector who secretly runs a terrorism-funding smuggling ring. Roxanna Whitman’s (Kate Bosworth)challenge is to keep a cool and sober head as she makes her ultimate play for the top spot at DeGraaf’s. Sam Brukner (Dennis Quaid) can easily summon his signature swagger to plot his social comeback with his own museum, but he finds himself in uncharted emotional waters when two strong-willed women come into his life. With the IRS in relentless pursuit, Arthur Davenport (Cary Elwes) is desperate to reclaim his lifestyle as a New York socialite and art world tastemaker but has no idea where to start.  As our characters chase what they’re after – success, power, money, status, love, absolution – they discover that past sins rarely stay buried, bad habits die hard and enemies should never be underestimated. Joining the cast for season two are Merritt Patterson as Olivia Brukner, who comes to New York looking to reconnect with her father, but is harboring secrets of her own, and Sandrine Holt as art curator Isabel Perry, whose sophisticated and fiery personality both intrigues and challenges Brukner.