It’s not surprising to hear that a cable network has created a streaming service to make their content available to cord cutters. However, it is surprising when a network has a second app with completely separate content. That’s exactly what the CW has created. We’re looking at both apps, below.

So lets take a look at two great Cord Cutting apps many cord cutters may not know about.

The CW app has everything you would expect from a network’s streaming service. You’ll find full episodes of your favorite CW shows, available the day after they air, and some extras that will give you sneak peeks into future episodes and an inside look at your favorite shows. With no monthly charge, the CW app is well worth it if you’re a fan of any of the network’s shows.

The CW app doesn’t require a subscription, and the service is completely free. To get access to The CW content, just download the app on a supported device and start streaming.

The CW app makes the last five episodes of their shows available to stream. This is the only streaming service currently offering CW shows, so you’ll want to get the app to stay caught up on shows including Jane the Virgin, Crazy Ex Girlfriend, iZombie, Supernatural, and The Flash.

Because the app only offers the five most recently aired episodes, you’ll only have access to each episode for a limited time. When the next new episode is posted, the oldest will be taken down. The streaming content follows the network schedule, so if the network airs a repeat episode one week, there’s a chance that the five most recent episodes won’t be in order.

In addition to episodes of your favorite CW shows, the app also offers extras for fans. You’ll find behind the scenes videos, previews for upcoming upsides, and clips of CW actors and actresses.

The app is simple and easy to use, but doesn’t offer much in terms of bells and whistles. The menu has three options: a complete list of available shows, a primetime schedule to see what’s coming up, and settings to go to fullscreen mode or turn on closed captions. 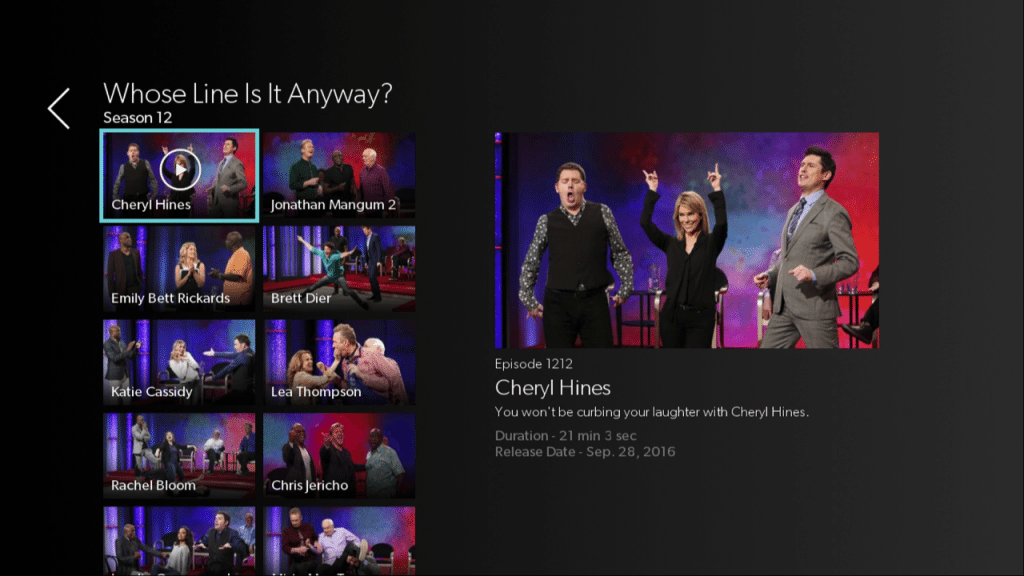 The CW’s second streaming service, CW Seed, is its own separate entity with completely different content. CW Seed has quietly been buying the rights to stream shows that can’t be found on any other apps. Because The CW network is a partnership between CBS and Warner Brothers, some (but not all) of the content you’ll find will be from those two networks. Again, with no monthly charge, CW Seed is worth using if you’re in the mood to binge watch an older show, or if you want to check out some all new, online only content.

Check out exclusive content and CW Seed originals on the CW Seed website, or with the free app on the devices below:

Unlike The CW app, CW Seed offers very little CW content. The network seems to be making an effort to buy series that are difficult to find elsewhere, including shows with a dedicated following and those that were canceled after just one season. Is it an attempt to become an eventual major competitor for Hulu and Netflix? Maybe.

For now, it’s a place to find some of your old favorite characters and series like Everwood, The Game, and Whose Line is it Anyway. CW Seed also has a list of original series, including scripted shows, animated series, and reality shows.

When using CW Seed, don’t expect to find all of the features that you’ll get with services like Hulu and Netflix. The app is simple and easy to use. A menu allows you to scroll through the full list of shows available, app settings to use full screen mode or closed captions, and a quick link to the original CW app.

Which is Right for You?

This is absolutely a question of what content you want to watch. If you’re looking for current and past CW shows, the original CW app is for you. If you want a variety of shows, including some that can’t be found elsewhere, you’ll want to give CW Seed a try. That said, both streaming services are currently free, so why not add both to your cord cutting setup?

Read Previous New to Cord Cutting? Here is How to… Read Next We Are Giving Away a WatchAir Antenna &…