Disney is making sure visitors to their theme parks are well aware of the launch of the Disney+ streaming service on November 12. With over 52 million visitors to Disney World every year, many of them dedicated fans of all things Disney, you can understand why. Now, multiple readers have sent us photos of promos that they’ve seen throughout the parks. 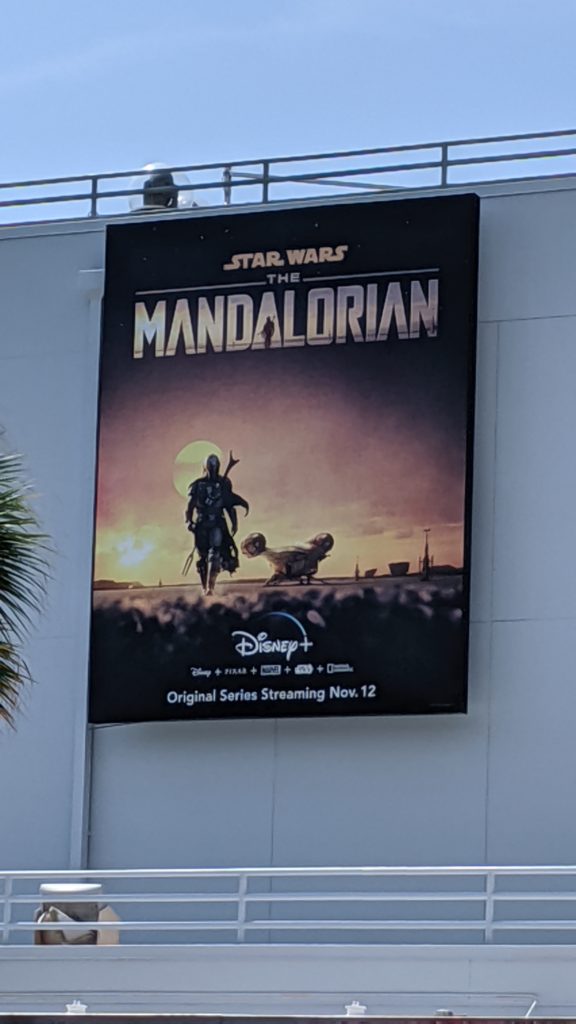 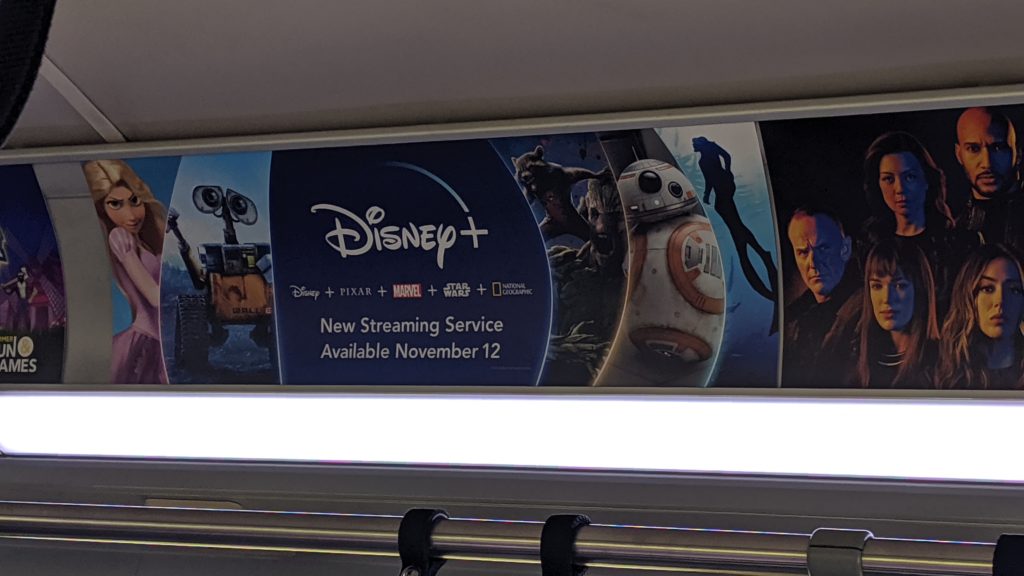 In the first photo, Disney is promoting the new original series The Mandalorian, a Disney+ live-action Star Wars series set after the fall of the Empire which tells the story of a gunfighter in a galaxy far from the New Republic. In the second, we can see some of Disney’s most popular existing titles that will be available at launch, including Guardians of the Galaxy and Star Wars.

Our sources say there are also billboards and banners throughout the parks, and more signs on Disney transportation highlighting more Disney+ content.

If even a portion of those 50 million+ annual visitors getting a look at the Disney+ advertising throughout the parks choose to subscribe for $6.99/month, the streaming service will be a major competitor among the new services launching this year and in 2020.