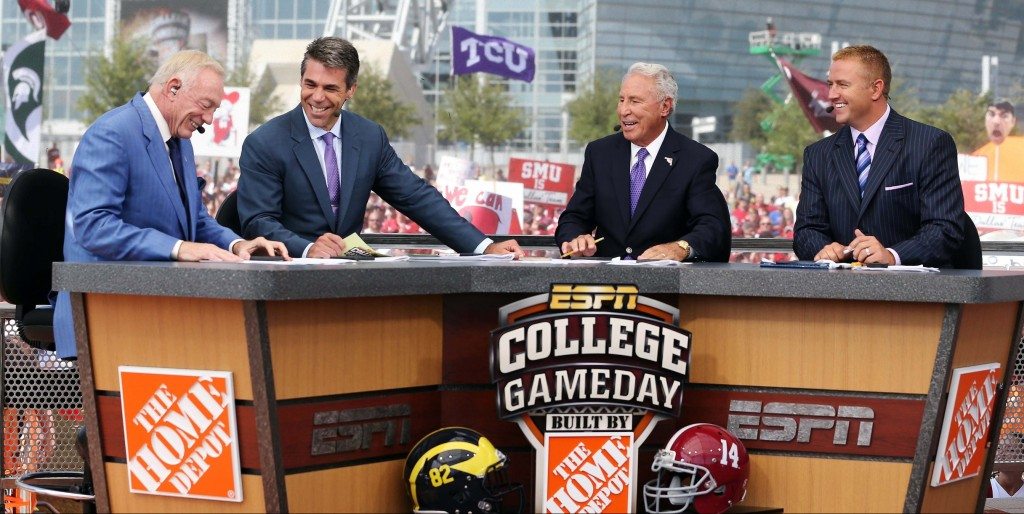 ESPN is struggling because their subscribership is dropping as people cut cable or cut back on subscriptions. Five million fewer people subscribe to cable than did just five years ago.

Back in October 2015 ESPN had to lay off several hundred people, totaling 4% of their staff, because of high costs and fewer people subscribing to cable TV.

Recently ESPN hinted at an online streaming service directly from ESPN. Back in July 2015 Bob Iger the chairman and chief executive officer of The Walt Disney Company, which owns ESPN, said they “eventually” plan and that there is an “inevitability” to having a direct-to-consumer subscription service for ESPN, but he stopped well short of any commitments or timeline.

So why is this good for cord cutters? As more people cancel cable, networks like ESPN receive more pressure to find new income by selling directly to cord cutters and cord nevers. At this rate, we could be seeing an OTT option from ESPN sooner than we could have ever expected a year ago.

Read Previous Here is Everything We Know About The New… Read Next Report: Netflix Plans to Remake Lost in Space