Everything we know about the future of Hitbliss. 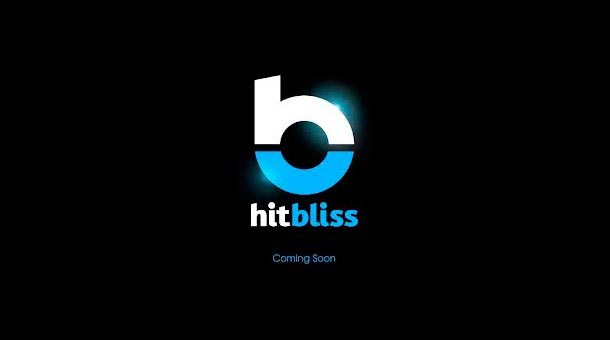 UPDATE: Hitbliss has closed their US office and laid off their US staff. Full details can be found by clicking HERE.

One of the questions we are asked almost daily if Hitbliss is coming back. Hitbliss was a service that had users watch ads to earn credits, which they could use to buy TV shows, movies, Pandora memberships, etc. Well some did not like the idea of watching ads the service did grow an almost cult like following.

When Hitbliss closed it was announced that they were going to work on something bigger and better. Sadly almost a year later we have not heard a word about their future. 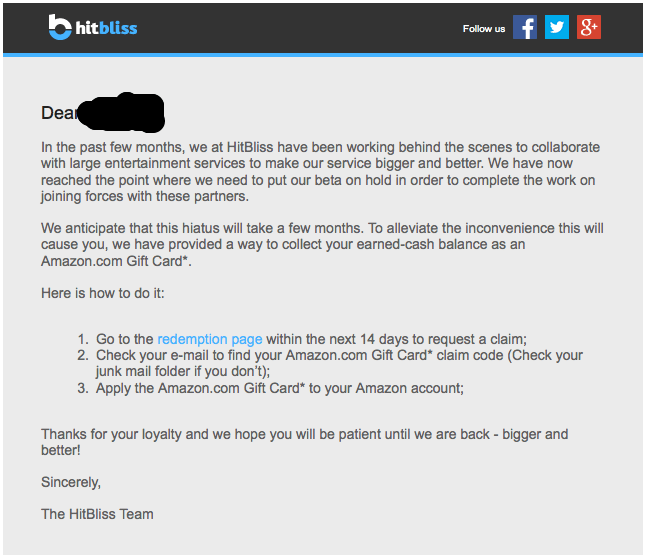 So let’s take a look at what we know right now about Hitblisss since they closed the beta last April.

So with such limited public information and a constant stream of people asking we started to dig deeper.

In our hunt to find out what was happening with Hitbliss started off by calling them on all phone numbers we could find. We did learn their phones are still active and the voice mail box was not full but no one picked up or responded to us. (So someone is at least taking the time to delete the old messages.) We emailed every email address we could find for Hitbliss and the owners with no luck. We tweeted the owners and the Hitbliss twitter account with no luck.

After all that it was clear Hitbliss was not about to respond to any of our requests for comments or an interview. So we decided to start digging deeper.

Our first thought was maybe they are filing for bankruptcy or facing other legal trouble. After a detailed look into public court documents showed no filings in the company’s name or the name of the owners.

After that dead end we remembered there was a job posting for programers just before Hitbliss shut down. We headed over to their job page on the Hitbliss site just to find out it was gone, not the listings but the page. Next in the hope of finding an employee that would talk we went over to LinkedIn and Facebook. To no great surprise the only people who list themselves as working at Hitbliss now are the owners. All the past employees are now gone or have hidden their profile. We can’t say for certainty that no one works there now but it looks like that.

So short of driving across the country and knocking on their door we have hit a dead end. The good news is we have learned a lot about Hitbliss during our hunt.

To our knowledge the owner’s only job now is Hitbliss. They both have no other jobs we could find. The CEO was at one time a professor for Harvard but now his Harvard email address no longer works. The fact that they have not filed for bankruptcy or other legal fillings and that they still work full time on Hitbliss a year later tells us here at Cord Cutters News that yes Hitbliss dose plan to come back.

In short here is why we think they still plan to come back:

With that said we do not believe Hitbliss plans to come back like it was before last April. HItbliss started with just a Husband and Wife so we see no reason they could not re-launch with just the two off them again.

Past the fact that it does look like the owners plan to re-launch Hitbliss it is all a guessing game right now as to what will happen next. We do not know a date that Hitbliss will return or what it will look like.

Hopefully Hitbliss will respond to our question for comment or an interview soon.

Orby TV is Having a Fall Into Big Savings Sale