Google Just Announced The Android TV Dongle But Only For Developers 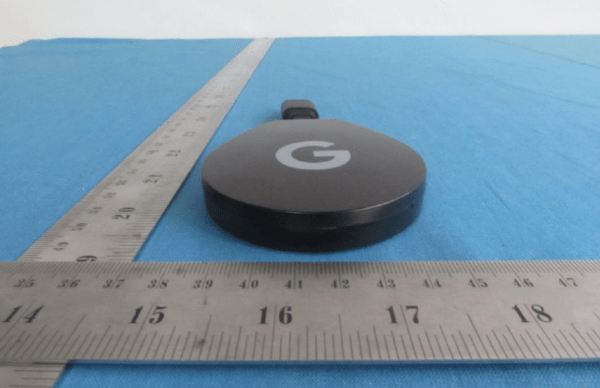 Today at Google I/O 2018 Google held an update on Google Android TV showing off new features coming to Android TV. One of the big announcement was a new Android TV device.

A few weeks ago we reported how the FCC has approved a new Android TV dongle that looks just like the 2nd gen Chromecast. Now Google has officially announced the new device as a Google developer exclusive device but with a slightly different look than then the one approved by the FCC.

The developer does not have the Google G printed on the device (pictured in the featured image at the top of this post) and is meant to be used by developers to build new Android TV apps. This does leave the door open for this limited-edition developer device to be released as an official Google Android TV device.

One noticeable absence at Google I/O so far was the lack of any talk about Chromecast. This leaves the door open that this new Android TV device that includes Chromecast built in will be the replacement for Chromecast going forward.