We may earn a commission from purchases through links on our site. You can learn more here.
By Jess Barnes on October 29, 2019 at 5:14 pm CDT in All News, News 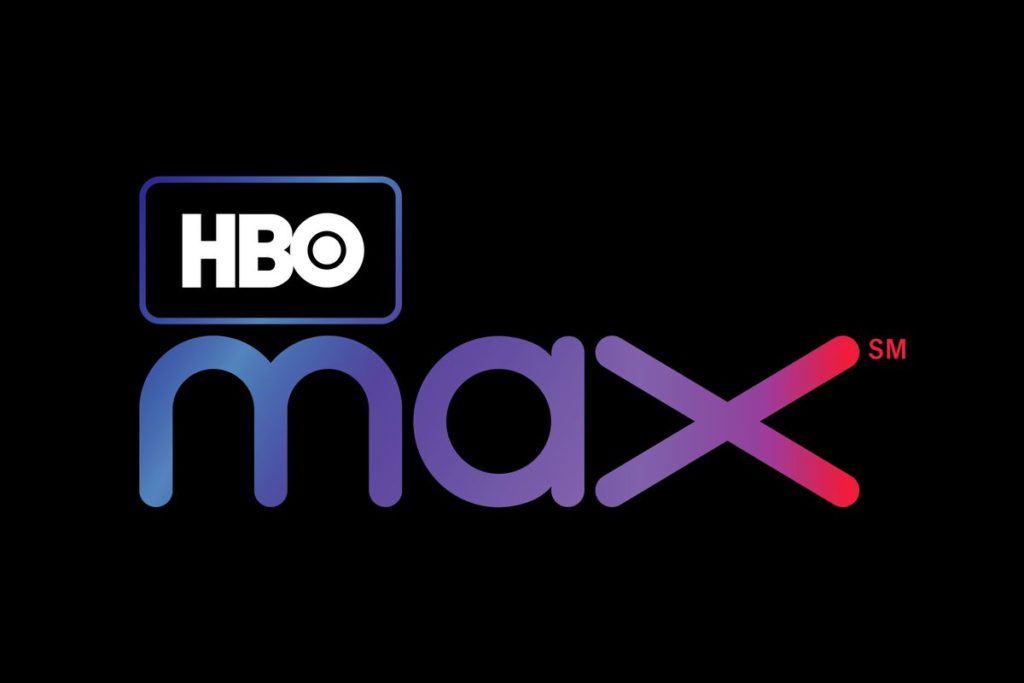 Today, AT&T is hosting WarnerMedia Day. This is intended to give us more information about the upcoming HBO Max streaming service. AT&T says that AT&T TV will be bundled with HBO MAX. (Note AT&T said AT&T TV, not AT&T TV NOW.)

HBO MAX will launch in May 2020 and will include the entire HBO service. HBO MAX will offer 10,000 hours of content. AT&T says HBO MAX will be targeting females and a younger demographic with original content, while content libraries from WarnerMedia owned networks will span all demographics. 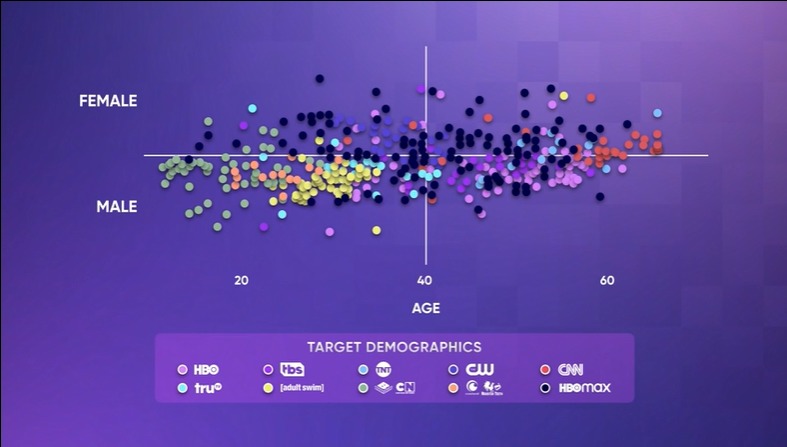 About bringing The Big Bang Theory to the platform, Kevin Reilly, Chief Content Officer, HBO Max and President, TBS, TNT and truTV said “It’s not every day you get to extend the run of a cultural phenomenon that reaches nearly 35 million viewers on TBS alone every month. Through HBO Max and TBS, fans will have access to this beloved comedy for generations to come.”

Anime fans will be happy to see a partnership with Crunchyroll and Studio Ghibli. Look for anime content that hasn’t been available on any other streaming platforms in the past.

“Studio Ghibli films are visually breathtaking, completely immersive experiences,” said Kevin Reilly, Chief Content Officer, HBO Max and President, TNT, TBS, and truTV. “Exciting, enchanting, and deeply humanistic, these wonderful films have captured people’s hearts around the world, and we are proud to showcase them in an accessible way for even more fans through HBO Max.”

Ann Sarnoff, CEO of Warner Bros. shared that Warner Brothers, MGM, and Criterion Collection will create a “movie lovers’ dream” on HBO Max. The Curated Classics Collection will include Citizen Kane, The Shining, and Dirty Harry, just to name a few titles. 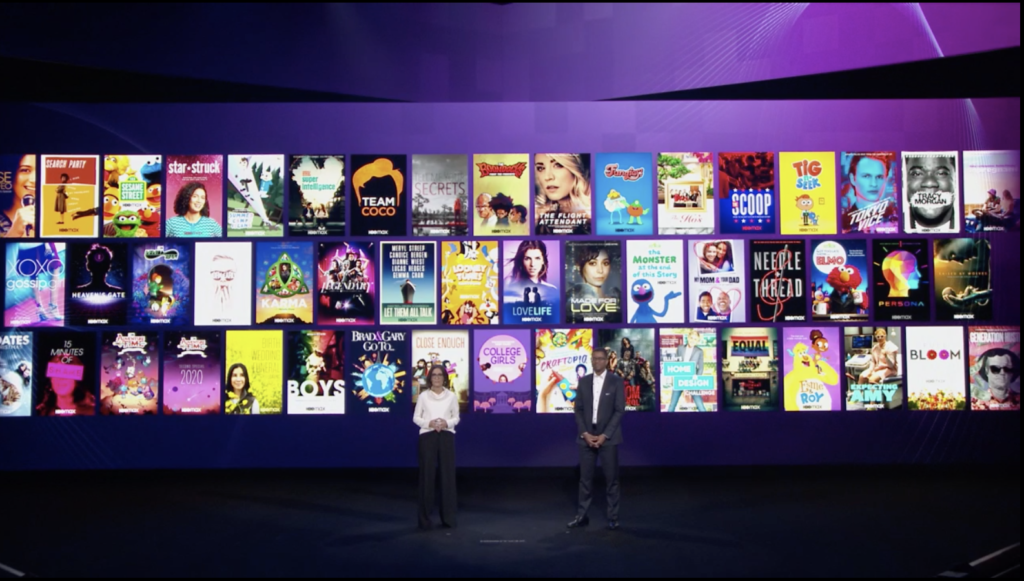 Finally, we got a look at Max Originals, including both the series we’ve already heard about and new series. HBO Max will have 31 Max originals within the first year, and 50 originals by 2021. That will be combined with 38 originals from HBO. From reality competition series to a flower arranging competition series, HBO Max has a range of new titles in the works.

Five to ten original movies will be added to the service each year. Look for new movies from Reese Witherspoon’s production company, Steven Soderbergh, and content from Warner Brothers. Again, HBO Max says the platform will focus on quality rather than quantity.

Cartoon Network will bring family-friendly content to the platform. Sesame Street is just the beginning when it comes to kid’s content. Look for a kids show from Ellen, a series based on Gremlins, and unscripted series for older kids. With Looney Tunes and Hanna Barbera, all together, the kid’s section will have about 250 titles.

To reach the Gen Z audience, HBO Max has made a deal to air the next 10 series from CW after they premiere on the network. Adult Swim will also have a home on HBO Max, including new episodes of Rick & Morty after the premiere on Adult Swim. Several new Max Originals, including stand up specials, will also target this age group.

AT&T says they hope HBO MAX will help keep customers subscribed to other AT&T services like AT&T Wireless. CEO John Stankey says HBO subscribers can sign up and get HBO Max immediately after launch and plans on those customers offering word of mouth recommendations that will build momentum for the service. 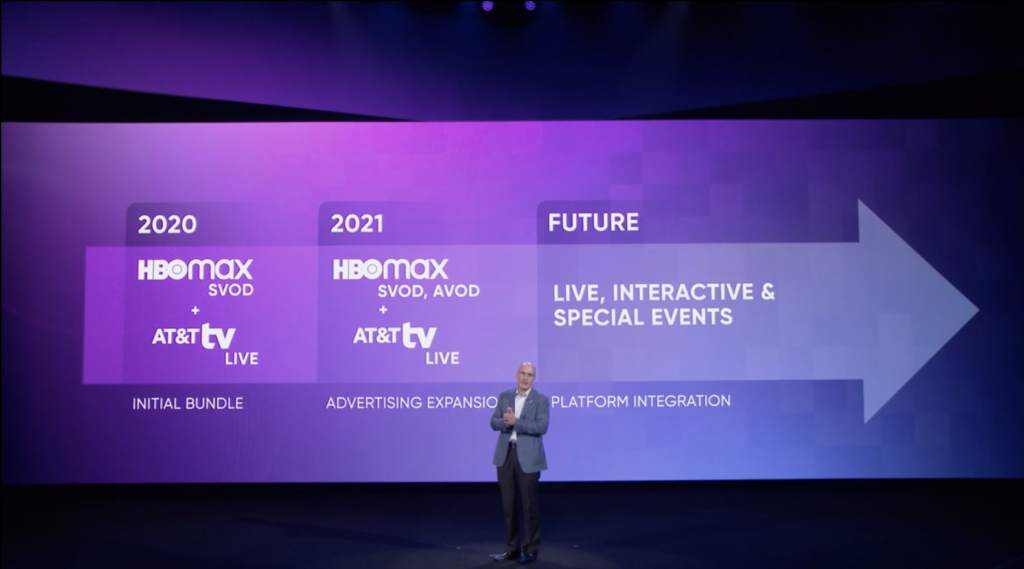 Noting the amount of time users spend searching and deciding what to watch, AT&T has put data and human input to use, to design the user experience of HBO Max. Human-Powered Discovery will be part of the platform at launch, with additional features added over time. The design will include individual profiles for each family member, personalized recommendations, and discovery tools for finding new content based on viewing habits. 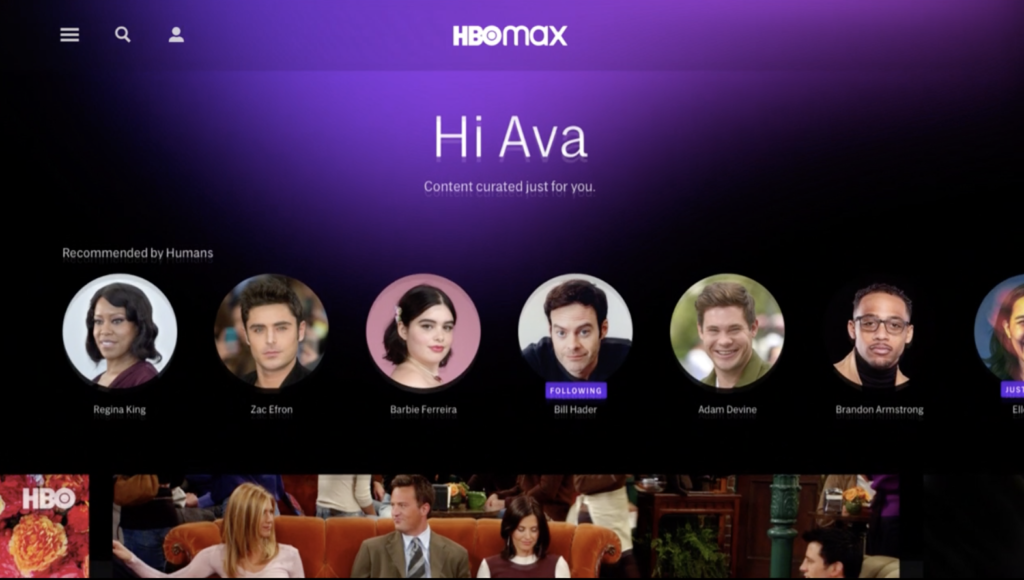 The web platform will pair with the mobile app, creating a user-friendly experience on every screen. Through the app, subscribers can follow other users to get their recommendations as well.

Parental controls include setting an age in a profile, approving content only with specific ratings, and a PIN to prevent switching out of kids mode. Parents can also let the app know when they’re watching with a child, through a co-watching feature, to offer more freedom to search and choose content.

AT&T TV NOW wasn’t mentioned during the event. During a post-event Q&A session, execs said that eventually AVOD and SVOD services will be available on one platform. “HBO Max is going to be our workhorse,” Tony Goncalves mentioned several times throughout the event and again in the Q&A. For now, HBO Now and HBO Go will still be available for the time being. However, the execs point out that HBO Max will offer all of the same content and more, saying that it will make sense for subscribers to migrate to the new service.

This is breaking news. We’ll continue updating this post as we learn more details about HBO Max throughout the WarnerMedia Day event.

Disclaimer: To address the growing use of ad blockers we now use affiliate links to sites like Amazon.com, streaming services, and others. Affiliate links help sites like Cord Cutters News, LLC stay open. Affiliate links cost you nothing but help me support my family. We do not allow paid reviews on this site. As an Amazon Associate I earn from qualifying purchases.
NBC News’s Free Streaming Service Will Expand to Offer 24/7 Live Streaming in 2020
T-Mobile Now Offers Home Internet For $50 a Month With No Data Cap