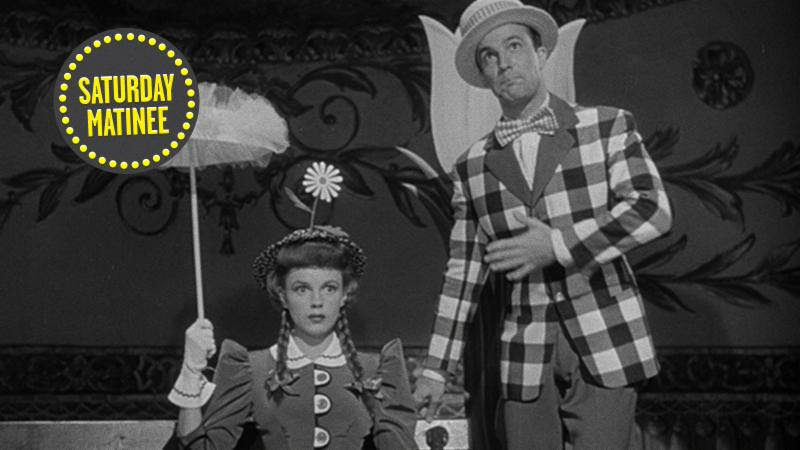 Here’s the lineup of August programming on The Criterion Channel.

Set in the early fifties, this razor-sharp adaptation of the novel by Richard Condon concerns the decorated U.S. Army sergeant Raymond Shaw (Laurence Harvey), who as a prisoner during the Korean War is brainwashed into becoming a sleeper assassin in a Communist conspiracy, and a fellow POW (Frank Sinatra) who slowly uncovers the sinister plot. In an unforgettable performance, Angela Lansbury plays Raymond’s villainous mother, the controlling wife of a witch-hunting anti-Communist senator with his eyes on the White House.

Glamour has never been more grotesque than in Female Trouble, which injects the Hollywood melodrama with anarchic decadence. Divine, director John Waters’ larger-than-life muse, engulfs the screen with charisma as Dawn Davenport, the living embodiment of the film’s lurid mantra, “Crime is beauty,” who progresses from a teenage nightmare hell-bent on getting cha-cha heels for Christmas to a fame monster whose egomaniacal impulses land her in the electric chair.

The Skin I Live In and Eyes Without a Face

Two plastic-surgery nightmares go face-to-face in this twisted pairing. With his fiendish melodrama The Skin I Live In—starring Antonio Banderas as a sinister plastic surgeon with some seriously warped medical ethics—Pedro Almodóvar added a touch of the macabre to one of his typically outré studies of sex, gender, and obsession. He was inspired in no small part by Georges Franju’s classic chiller Eyes Without a Face, the story of another deranged doctor who goes to terrifying extremes to restore his daughter’s disfigured visage, in which images of disturbing horror and poetic beauty mingle to haunting, dreamlike effect.

Set in a vivid recreation of 1750s England, Black Jack follows the exploits of honest young Tolly as he’s forced on the run with the titular ruffian through a colorful world of body snatchers, madhouses, and traveling fairs, along the way coming to the aid of a runaway girl who has been cast off by her family.

A renegade visionary every bit as uncompromising, fearless, and eccentric as the outsiders, oddballs, and obsessives he makes films about, Werner Herzog is a larger-than-life legend who has risked death, hypnotized an entire cast, moved a steamship over a mountain, and eaten his own shoe, all in the name of cinema. The lineup features:

Music icon David Byrne was inspired by tabloid headlines to make his sole foray into feature-film directing, an ode to the extraordinariness of ordinary American life and a distillation of what was in his own idiosyncratic mind. The Talking Heads front man plays a visitor to Virgil, Texas, who introduces us to the citizens of the town during preparations for its Celebration of Specialness.

A Day with the Boys and George Washington

Drift into the dreamy realm of childhood imagination with these ethereal visions of endless summer. David Gordon Green first came to critical attention with his debut George Washington, a senses-ravishing immersion into a crumbling southern town where a group of kids comes of age over the course of a languorous summer. It’s paired with a remarkable, unsung work of the 1960s avant-garde that Green cites as a major influence: Clu Gulager’s A Day with the Boys, a prismatic, sun-kissed evocation of pre-adolescent utopia and its ominous flip side.

An eleven-year-old Scarlett Johansson received her first starring role in this charmingly oddball road movie, in which she plays one half of a pair of orphaned sisters who run away from their foster homes and hit the road for a crime spree that ends with them kidnapping an eccentric baby-store clerk (Mary Kay Place)—a lonely middle-aged woman who may need the girls just as much as they need her.

From the Archive: Trainspotting

Danny Boyle’s electrifying 1996 adaptation of the cult novel by Irvine Welsh is a heady tour through Edinburgh’s scuzzy eighties underground, where Renton, an aimless young man, bounces from heroin highs to desperate lows as he tries, fails, and tries again to get his life on track.

Male hustlers, escorts, and gigolos navigate the glamor and grit of life on the margins in these edgy tales of seductive encounters and seedy underworlds.

Double Feature: The Devil Made Me Do It

Beware a devil in disguise in these stylishly imaginative satanic fantasies. Featuring a marvelously sinister performance from Walter Huston as the Mephistophelean charmer who bargains for the soul of a desperate New England farmer, William Dieterle’s The Devil and Daniel Webster infuses the Faust myth with a satiric edge and a striking visual design that inflects Americana with German expressionism. Then, the great Michel Simon plays an aging alchemist who strikes a deal with the Prince of Darkness (also played by Simon) in exchange for eternal youth in René Clair’s Beauty and the Devil, a marvel of dark wit and invention from one of cinema’s great fantasists.

Saturday Matinee: For Me and My Gal

Busby Berkeley directs Judy Garland, billed above the title for the first time in an early “adult” role, and Gene Kelly, making his film debut, in this glowingly nostalgic ode to the vaudeville days of yore.

The journeys of immigrants are timeless stories of hope, courage, struggle, and survival that remind us of what we all share: the dream of a better life. The lineup includes:

Ranging from the exploits of a middle-aged sex tourist in Kenya to the tribulations of a teenage girl at a weight-loss camp, the stories in this ambitious triptych offer disturbing insights on morality and shame on the margins of contemporary European society. The lineup includes:

Fatherland and The Firemen’s Ball

From sixties Czechoslovakia to the modern-day republic of Georgia, Eastern European filmmakers interrogate the Kafkaesque political climates of their homelands. In George Sikharulidze’s Fatherland, faithful devotees of Joseph Stalin convene for a commemoration in the Georgian town where he was born—a celebration that gradually spins off into the surreal. Things also go off the rails in Miloš Forman’s incendiary, famously banned Czech New Wave touchstone The Firemen’s Ball, which turns an epically disastrous small-town shindig into a trenchant—and scathingly hilarious—commentary on Communist bureaucratic breakdown.

Heart of a Dog

Heart of a Dog marks the first feature film in thirty years by multimedia artist Laurie Anderson. A cinematic tone poem that flows from a sustained meditation on death and other forms of absence, the film seamlessly weaves together thoughts on Tibetan Buddhism, reincarnation, the modern surveillance state, and the artistic lives of dogs, with an elegy for the filmmaker’s beloved rat terrier, Lolabelle, at its heart.

Golden-age Hollywood’s great romanticist, Frank Borzage directed over one hundred films in a career that stretched from 1913 to 1961. Renowned for his sensitive touch, humanist sincerity, and unparalleled ability to cast a spell of dreamy eroticism, his films are ecstatic paeans to exalted love frequently informed by his pacifist worldview. The lineup includes:

Blancanieves and Talk to Her

Swirling 1920s cinema, fairy-tale lore, and a healthy dose of surrealism into a spellbinding cinematic potion, Pablo Berger’s sumptuous 2012 black-and-white silent film Blancanieves reimagines the story of Snow White with a bullfighting heroine and a band of toreador dwarfs. Its brand of dizzying melodrama is not too far removed from the deliriously over-the-top sensibility of fellow Spanish auteur Pedro Almodóvar, whose masterful Talk to Her—an audacious soap opera about two comatose women and the men who love them—similarly features matadors, inflamed passions, and its own outrageously Freudian silent film homage.

Oliver Reed, Richard Chamberlain, and Frank Finlay step into the knee-high boots of Alexandre Dumas’s iconic swashbucklers in this boisterous take on the adventure classic, in which the heroic trio take Michael York’s country-bumpkin swordsman D’Artagnan under their wing.

Brassy yet vulnerable, tough but tender, equally adept at drama, comedy, and romance: Barbara Stanwyck had an edgy, refreshingly naturalistic screen presence that made her a perfect star for the early sound era, when sex, sin, and vice were splashed across the screen with abandon, as yet unrestrained by the strictures of the Hays code. The lineup includes:

The jaw-dropping set pieces fly fast and furious in Jackie Chan’s breathtakingly inventive action comedies, two smash hits that made him a worldwide icon of daredevil spectacle. The director/star/one-man stunt machine plays Ka-kui, a Hong Kong police inspector whose methods are, ahem, unorthodox; the phenomenal Maggie Cheung, in a star-making role, plays his much-put-upon girlfriend, May. Packed wall-to-wall with astoundingly acrobatic fight choreography, epic explosions, charmingly goofball slapstick, and awesomely 1980s electro soundtracks, Police Story and Police Story 2 set a new standard for rock-’em, sock-’em mayhem that established Chan as a performer of unparalleled grace and daring and would influence a generation of filmmakers, from Hong Kong to Hollywood.