Back in 2017, we reported that Amazon had made a deal to produce a Lord of the Rings series. Now we’re back with all the updates about what we can expect when the series comes to Amazon Prime Video.

How Many Seasons Will We Get?

When Will the Series Be Available on Amazon Prime Video?

A date hasn’t yet been confirmed, but sources are speculating that we’ll see the first season of the series in 2021.

Where and When Will it Take Place? 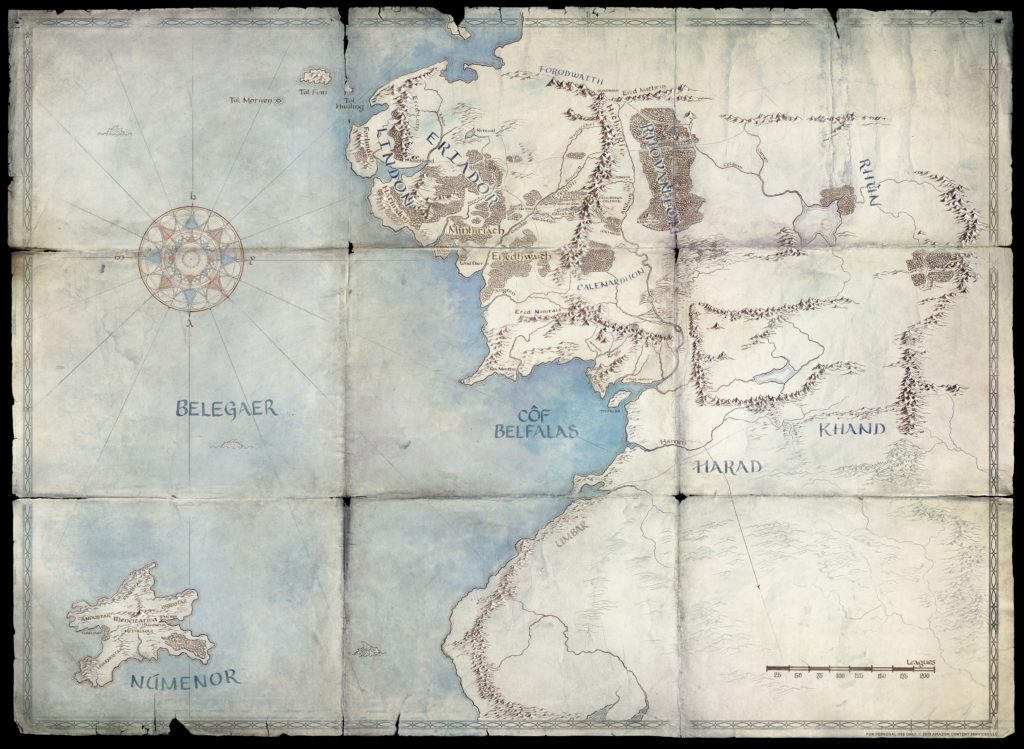 The story is set in Middle Earth. Amazon released this image of a map that gives some clues to the area and time period that will become the setting of the series’ adventures. Amazon has said that the series will be set in the 3,441 year period before The Fellowship of the Ring.

What Will the Series Be About?

When Amazon announced the series in their original press release, they said they had “exceptional ideas to bring to the screen previously unexplored stories based on J.R.R. Tolkien’s original writings.”

While Lord of the Rings was set in the Third Age, the new series will take place in The Second Age. With rights to elements of the Peter Jackson movies, some parts will be familiar to fans. We can expect to see the major events that had to occur for the settings, characters, and events of Peter Jackson’s iconic films to take place.

Amazon has been posting teasers on the Twitter account for the show, but most reports of potential storylines are only speculation at this point.

Who Will Be in the Cast?

No cast members have been officially announced yet.

Who is Behind the Show?

Great shows are dependent on great production teams. Amazon has announced that JA Bayona, director of Jurassic World: Fallen Kingdom will direct the first two episodes, along with serving as executive producer.

Bryan Cogman, writer and co-executive producer of Game of Thrones will consult on the series

Star Trek 4 writers JD Payne and Patrick McKay will be co-show runners. “We feel like Frodo, setting out from the Shire, with a great responsibility in our care,” the two commented. “It is the beginning of the adventure of a lifetime.”

How Much Did This Cost?

Amazon has invested heavily in this project. After beating out Netflix with a $250 million deal for rights to the series, Hollywood Reporter speculated that the series could cost the company upwards of $1 billion.