Hulu Adds JEOPARDY! To Their Lineup 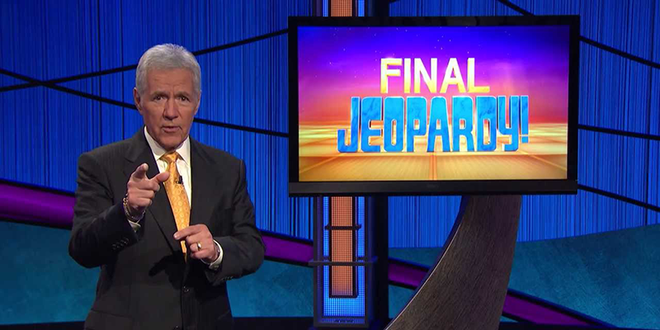 Today Hulu announced that they have added JEOPARDY! to their lineup. With this deal, Hulu will add 60 curated episodes of JEOPARDY! including episodes from TOURNAMENT OF CHAMPIONS, a COLLEGE CHAMPIONSHIP, a KIDS WEEK, as well as some of the show’s fan-favorite contestants throughout its history. This collection will feature some of the show’s fan-favorite contestants from its 35 year history, like all-time money winner Brad Rutter and long-running champion Ken Jennings.

Hulu says they plan to continuously refresh the lineup of JEOPARDY! episodes meaning you will always have something new to watch.

JEOPARDY! is produced by Sony Pictures Television, a Sony Pictures Entertainment Company; it is distributed domestically by CBS Television Distribution and internationally by CBS Television International, both units of CBS Corp. The show holds the Guinness World Records® title for the most Emmy® Awards won by a TV game show (34 Emmys); it is also the recipient of a 2011 Peabody Award. JEOPARDY!’s 35th anniversary season will premiere Monday, September 10.