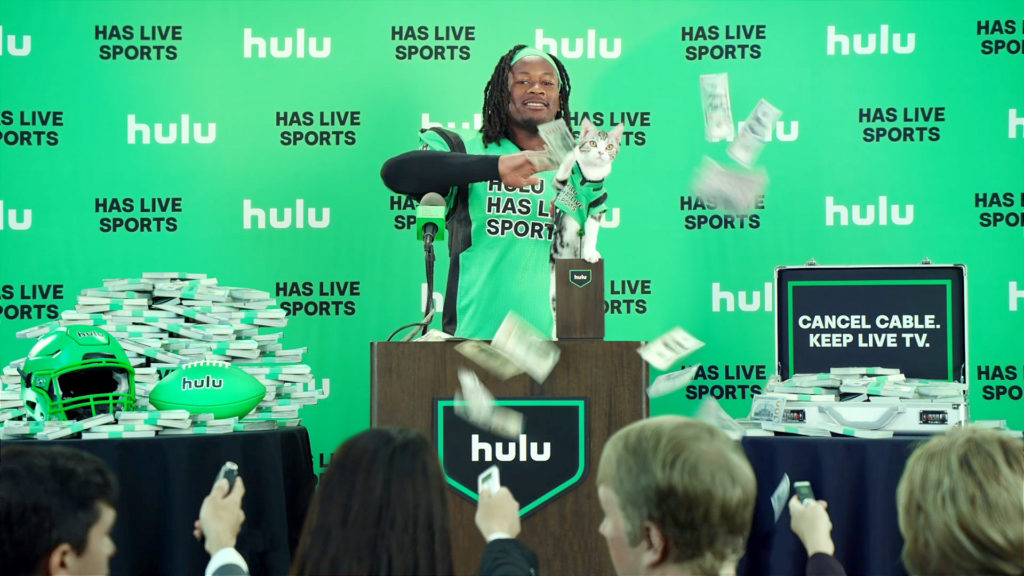 With the start of football season just around the corner, Hulu has launched the next ad in their Hulu Sellouts campaign. This one stars Los Angeles Rams running back Todd Gurley.

The 30 second ad, which launched on August 19, is the next in a series for the campaign which features athletes from the NBA, USWNT, and NFL.

The spot features self-proclaimed “Cat Dude” Todd Gurley as the newest #HuluSellout along with the hottest cat influencer in the game – Mr. Hulu Has Live Sports – who happens to have an official verified Instagram account of his own.

Check out the ad, below:

The Hulu Sellouts campaign debuted earlier this year during the NBA All Star Weekend. The goal of the campaign is to promote the Hulu + Live TV plan from the streaming service with the tagline “ Hulu Has Live Sports.” Five ads are out currently, with two more set to launch in September.

Read Previous The NHL Network & The ACC Network Are… Read Next How to Watch BTN on Roku, Fire TV,…