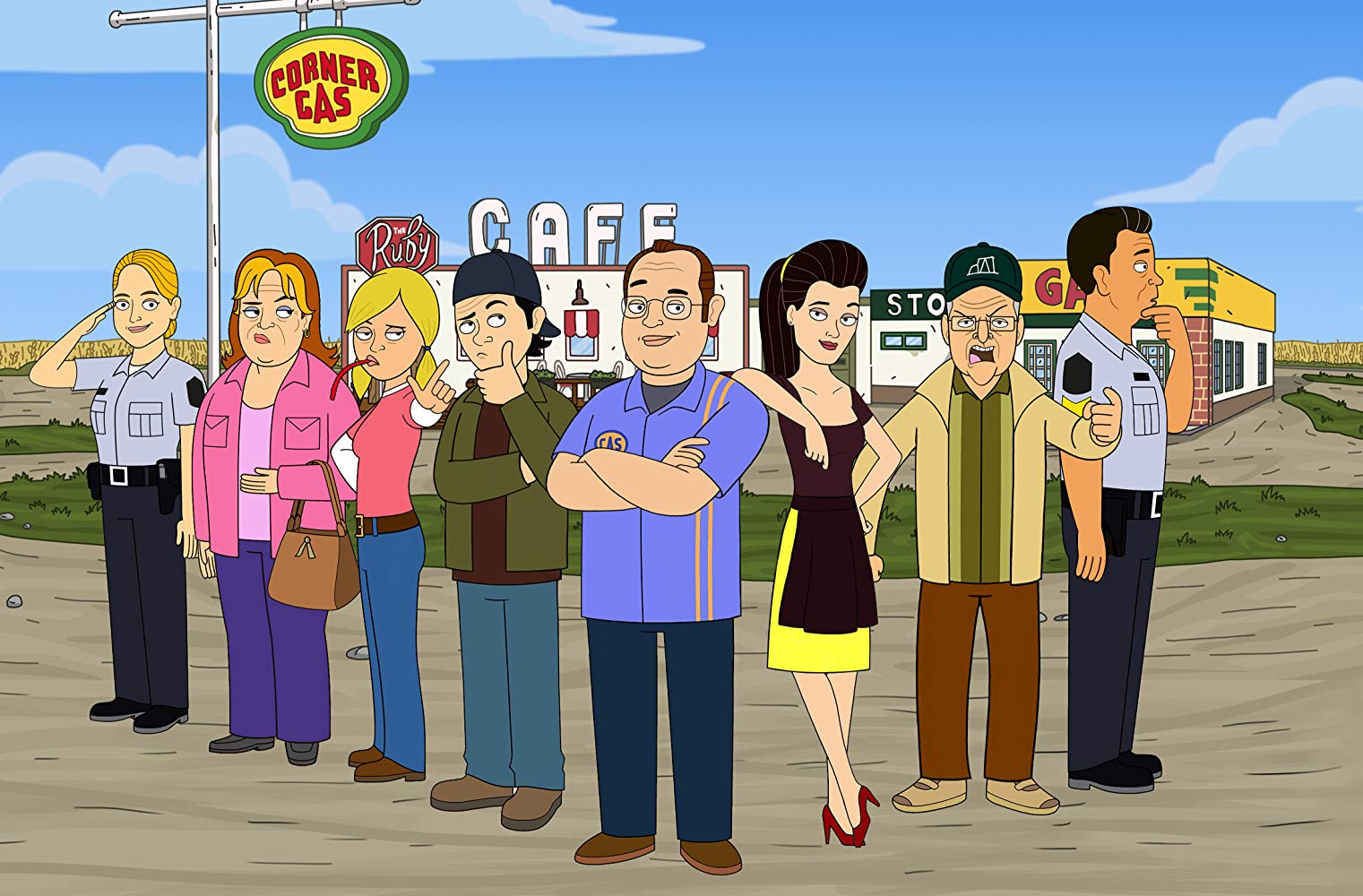 Beginning October 15, 24 episodes of Corner Gas Animated Season 1 and 2 will be available for the first time in the U.S. Additionally, IMDb TV will be the exclusive home for the entire Corner Gas franchise, including the six-season sitcom, Corner Gas, and the 90-minute feature film, Corner Gas: The Movie.

“Corner Gas is already known and loved by many across North America and we couldn’t be happier for Corner Gas Animated to join our family of IMDb Originals, bringing even more ways for viewers to be entertained,” said Mark Eamer, Vice President of IMDb TV. “Corner Gas fans can now enjoy the entire Corner Gas franchise for free in one place as it finds its new exclusive home on IMDb TV in the U.S.”

In April 2018, Corner Gas Animated debuted on CTV Comedy Channel, the commissioning Canadian broadcaster (formerly known as The Comedy Network). It was the most-watched series premiere in the history of channel. In July 2019, Season 2 launched on CTV Comedy Channel to record breaking numbers. It won the 2019 Canadian Screen Award for Best Writing, Animation and a 2019 Leo Award for Best Animation in a Program or Series.

“Americans asked us to bring Corner Gas Animated to the U.S.,” said Executive Producer Virginia Thompson. “We promised it was coming. Now it’s here! The all-new animated series, along with the live-action sitcom and movie will be available all in one place. A big thank you to IMDb TV for being our brand champion in the U.S.”

You can watch Corner Gas Animated on the IMDb TV app on Fire TV, the Prime Video app, IMDb.com and the IMDb mobile apps.