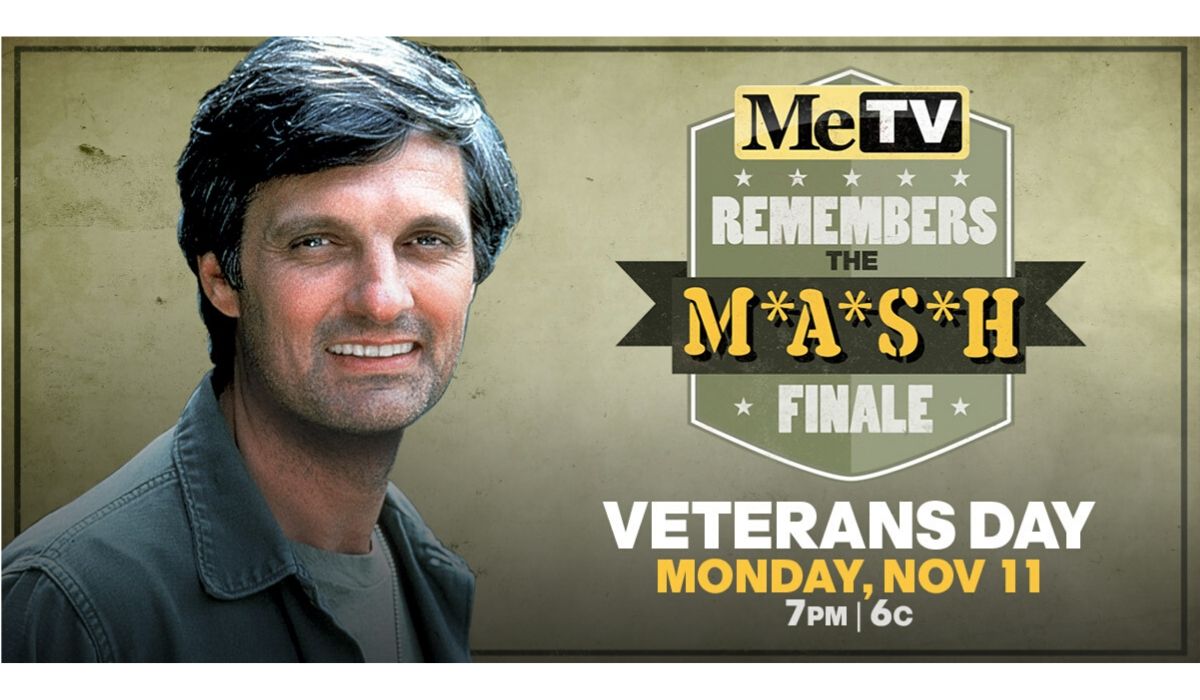 Tune into the MeTV this Monday, November 11 at 6 PM Central as they commemorate Veteran’s Day with the full two and a half-hour M*A*S*H series finale, “Goodbye, Farewell and Amen.” The episode will air along with exclusive interviews from the cast and crew of this iconic TV series.

More than 105.9 million viewers (60.2% of households) tuned in to watch the original finale when the series ended in 1983 after entering into American’s homes for 10 seasons. The finale was directed by Alan Alda who also portrayed the show’s Hawkeye Pierce – a surgeon drafted into the 4077th MASH during the Korean War. The show’s premise follows the exploits of a host of offbeat characters at a medical unit during the Korean war, including surgeons Hawkeye Pierce and Trapper John McIntyre who create havoc with their martini parties and practical jokes while the war rages around them. The film spawned a successful television series and won an Oscar for best screenplay.

In the finale, the camp members say one last goodbye and you can see the real emotion the actors are experiencing as they say goodbye in real life to the show that ran for a decade and made history.

You can watch episodes of M*A*S*H on MeTV weeknights and Sundays at 6 pm.

MeTV is a free, over-the-air TV network featuring the best in classic television and is available to watch nationwide. Find your MeTV station here.