Netflix Is Being Added to TVs at 10 Major Hotel Chains 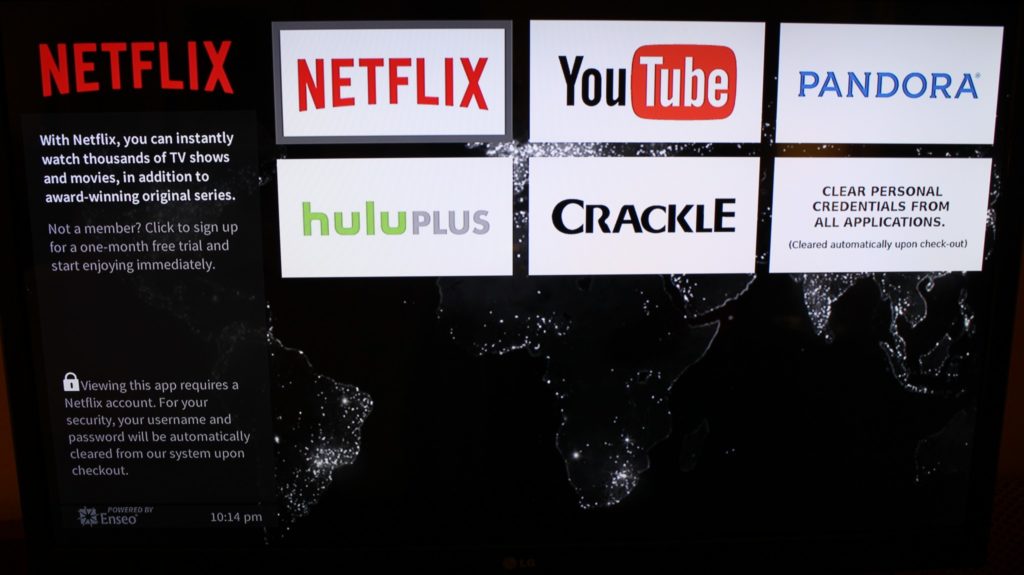 Recently, Marriott Branded Hotels announced Netflix will be available on TVs in all guest rooms at their Marriott hotels.

Cord Cutters News (CCN) has learned that Netflix along with Hulu, Crackle, Pandora, and YouTube will be coming to at least nine additional hotel chains and will be standard in every one of their hotel rooms in the future. A source close to the plan told CCN that the following hotel chains will be adding the service, “Ritz-Carlton, JW Marriott, Edition, Renaissance, Gaylord, AC, Courtyard, Spring Hill Suites, Fairfield Inn and Suites, Townplace Inn and Suites and few more…”

The source, speaking to CCN under anonymity, added that currently all of these brands have at least one hotel with the service set up and running. Over the next few years, it will be rolled out in every one of their hotels in the United States. At this time we have no details on a rollout outside of the United States, but we do expect a worldwide rollout at some point.

CCN recently had an opportunity to test out the system and the system works very well. You can find our full hands on review by clicking HERE.

As someone who travels often for work and pleasure I am very excited about being able to watch Netflix without the need to hall along a Fire TV as I do now. Hopefully, additional hotels will add the service soon.