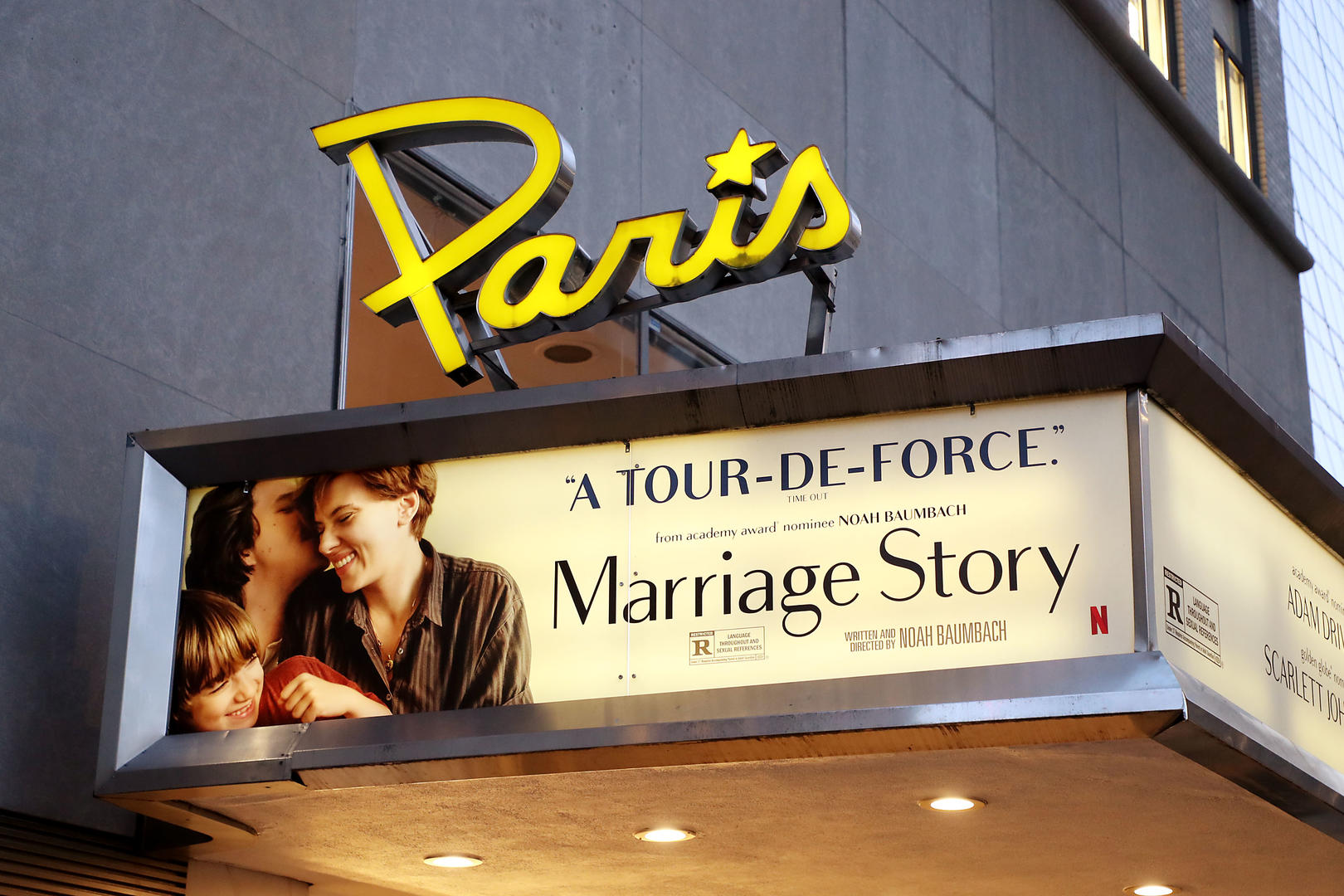 Once shut down earlier this year, Manhattan’s iconic Paris Theatre is back in business thanks to a new lease agreement with Netflix. The streaming company opened the theatre’s doors once again earlier this month for it’s successful extended screening of Marriage Story, and has now announced a signed sealed and delivered deal to keep the seven decade old venue open indefinitely.

“After 71 years, the Paris Theatre has an enduring legacy, and remains the destination for a one-of-a kind movie-going experience,”  said Ted Sarandos, Netflix’s Chief Content Officer. “We are incredibly proud to preserve this historic New York institution so it can continue to be a cinematic home for film lovers.”

Located at 4 West and 58th Street, the Paris is the last single-screen theatre in New York. It first opened in 1948 and has specialized in bringing foreign language and specialized films to the American Audience. Now Netflix will have a screen to call home where it can host special events, screenings, and theatrical releases of its original films.

This is a big win for the streaming service as it used to have to rely on finding independent theaters to play its content. Now, with it’s own screen, Netflix can have a permanent home for releasing it’s films off the streaming platform, especially on films eligible for awards.

This isn’t the first time Netflix has had its eye on a theater venue. Earlier this spring the streaming giant entered negotiations to buy or partner with the Egyptian Theatre in Los Angeles. There have also been talks in the past of Netflix exploring the possible acquisition of the Landmark Theatres chain, all in attempts to promote more Netflix’s films as eligible candidates for awards like the Oscars.