Netflix is taking aim at HBO as they plan to spend $5 billion on new content in 2016. With this move, they will be making more original shows than FX and HBO. 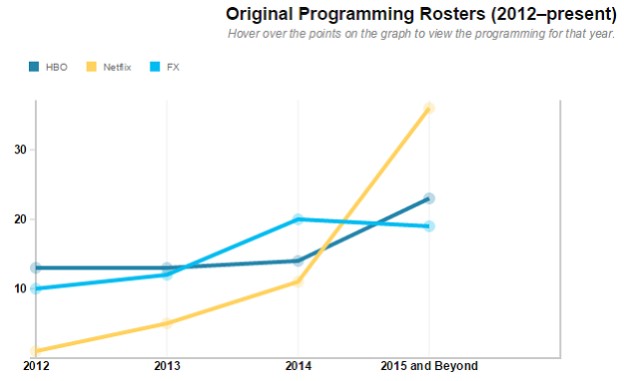 The only company that will spend more is ESPN with the high cost of all their sports coverage.

Netflix has 33 announced original series planned for 2016 and several already announced for 2017 and 2018, including reboots like Fuller House (the continuation of Full House), Fargo season 2, and originals like their new movie War Machine.

Netflix even plans to double down with eight series in 2016 planned to be released in Ultra HD 4K.

There are also five announced series without release dates that could come out in 2016. (It is also not unusual for Netflix to announce a show and release it within a few weeks or months. This could significantly increase the number of original series in 2016.)

Netflix, Hulu, Amazon, and others are dumping billions of dollars into producing content that is only available online. Now if you want to see some of the most popular shows of 2015 you need a subscription service like Netflix or Amazon because cable does not have them.

How to Watch the 2020 NBA Conference Finals Without Cable