Pluto TV Will Be Rearranging Their Channel Lineup on Monday

Today Pluto TV confirmed to Cord Cutters News that starting Monday, July 1st, 2019 many of your favorite Pluto TV channels will have new channel numbers. Pluto TV says this new lineup will help users more easily find content by grouping like-channels together. When this change goes live on Monday, July 1st, 2019 you will find movie channels grouped together as well as news channels all grouped into a single area.

The good news is your favorite channels are not going away. This just means that many of them will have a new channel number starting Monday.

Here is a screenshot of some of the new Pluto TV channel numbers: 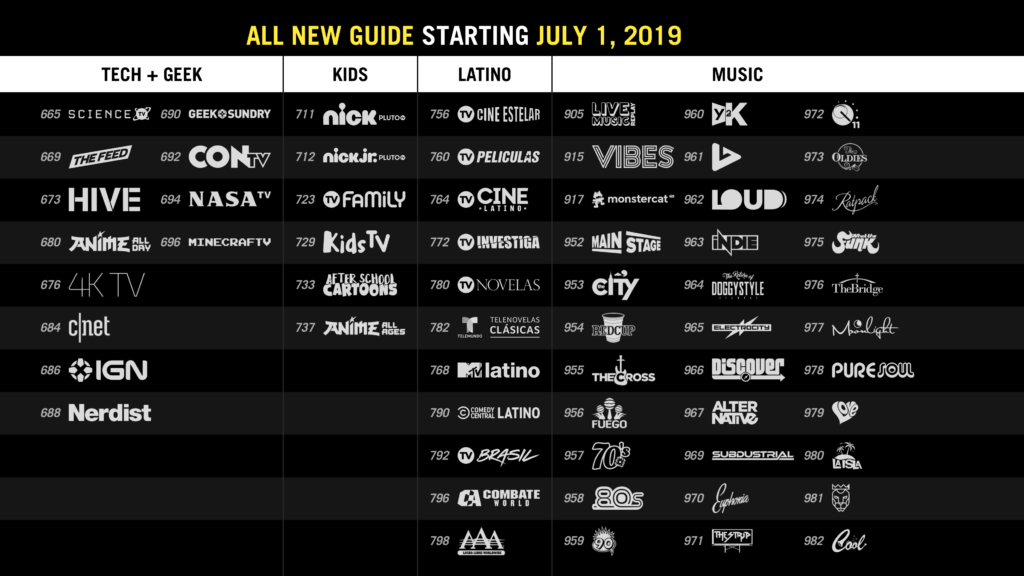 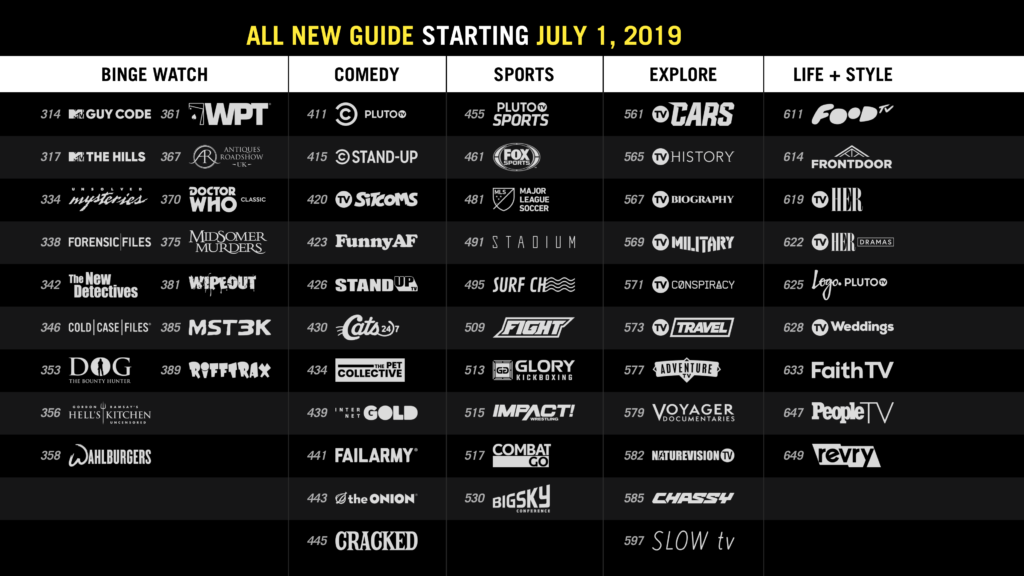 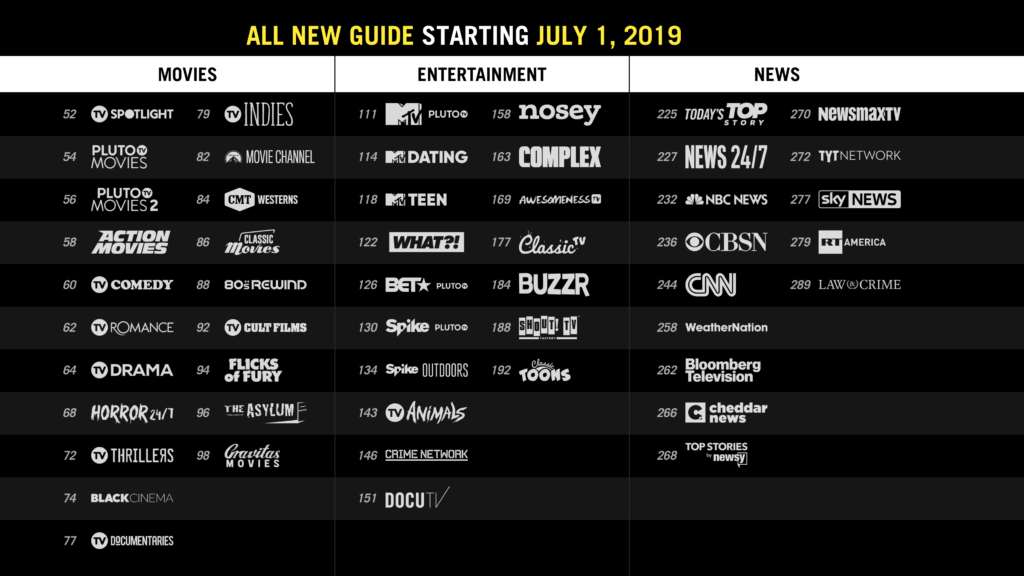 Study: 71% of TV Households Have a Pay-TV Service