Review: The New Apple TV a Disappointment or Success?

The Apple TV is finally here. Whereas it was the first of the new devices to be announced, it is the last to come out. There are a lot of positives about the new Apple TV, from the fast-launching apps and quick content streaming to the device design, but still there is so much that could be better.

In the following, we address four areas where the Apple TV just falls short.

The new Apple TV remote is a pain for several reasons. It is too easy to pick up the remote the wrong way in the dark. So if you use the remote in your bedroom, you will often try to move around with the touchpad only to find out you have it upside down. The buttons are placed exactly in the middle of the device and without looking closely it is hard to know what side is up. The touchpad also wears easily and after just a few days of use already looks like an old laptop touchpad. 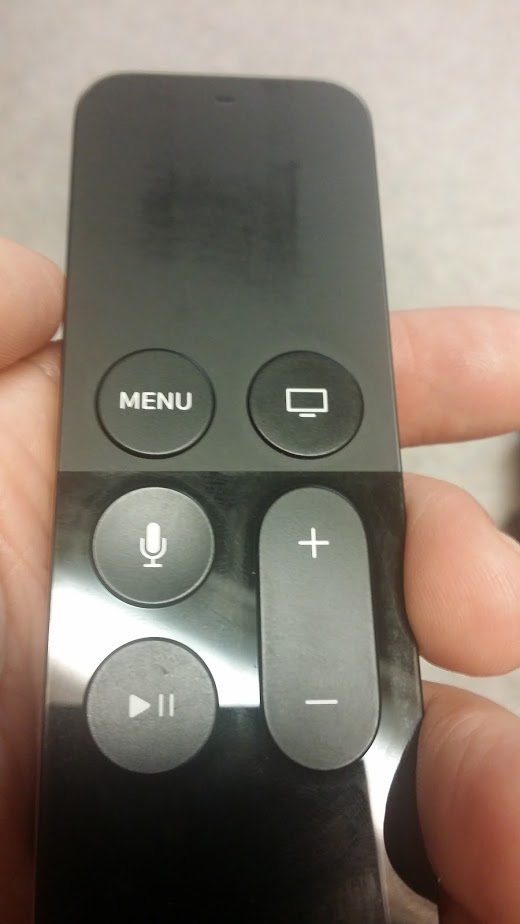 The touchpad also feels like a solution looking for a problem. Whereas it may seem like a great idea, the touchpad forces you to do a ton of swiping with your finger. You don’t think about it at first but it takes a lot more work to use the touchpad than the older D pad. See our video below for more details.

(Update: Windex did not seam to clean it off but 409 did the trick. Well it easily gets dingy quickly you can use 409 or other cleaning products to clean off the touchpad.)

There are positives as it easily controls the volume on your TV and will turn on your TV when you start using it. We did fine the Apple TV was not always able to turn off our LG TV. About a third of the time we tell the Apple TV to go to sleep the LG TV stays on.

The Apple TV now has a much needed app store allowing 3rd party apps on your Apple TV. Though it still lags behind the Roku 4 and Fire TV 2. For example, under sports the Apple TV has 12 apps, but the Roku 4 has 166. The Apple TV is also missing important services like Sling TV and Amazon Instant.

This may not seem like much, but Amazon is the second-largest streaming service in the United States, and the Apple TV does not have access to all their content that is not available on iTunes. This leaves Apple TV users missing out on Emmy award-winning shows.

We do expect Apple TV to improve on its app selection it has a huge hill to climb to catch up with other devices.

The Apple TV has possibly the most annoying keyboard of any set-top box I have tested. It is just one long row of letters forcing you to go back and forth. You cannot, for example, end on Z and press right to jump over to A. If you are on Z and want to be on A you have to go all the way back around.

The touchpad also makes this difficult because I often jumped around or overshot when I did not mean to. See the video below for an example.

The Apple TV is a good device but lacks in several key areas. No 4K, few apps at launch, issues with the keyboard, etc. Yet if you are locked into the Apple system with a lot of iTunes content the Apple TV is a great device for Apple users. Though it may be a hard sell for Roku and Fire TV users to give up a lot of the apps they use every day to go to the Apple TV.