The new Chromecast is considerably easier to set up. Plugging it into the TV is made easier by the attached HDMI cable allowing you to fit it into places where the old Chromecast could not fit. Connecting it to the TV is easier with the new app and even a desktop version. When you first plug it in a website will show on the screen: Chromecast.com/setup. No need to go to that site unless you do not have the app on your phone or you really want to use the desktop setup utility.

The middle tab on the new app will walk you through connecting to and setting up your new Chromecast.

The new Chromecast app for your phone is an improvement over the old basic app, but it leaves a lot to be desired. Surprisingly there is no predictive, or suggestive, search in the new app. When you search for YouTube content like Cord Cutters News it shows a scrolling left to right list with a large amount of blank space below it. It really seems to be a waste of the screen to set it up this way. 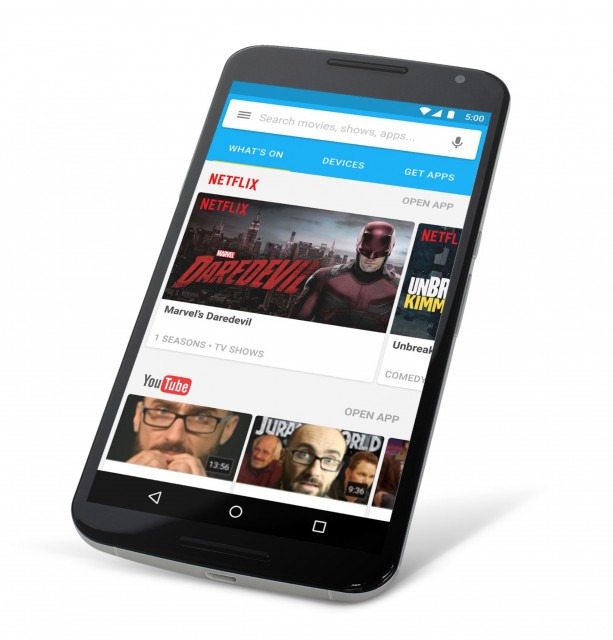 Playing videos is not what we expected. We understand having to jump into third-party apps like Netflix but with Google services like YouTube you would think Google would have set up a way to play it from within the Chromecast app.

Overall we like the new Chromecast. Playing videos is noticeably faster and the controls on your phone to pause, rewind, and more are considerably improved over the old Chromecast. However, the new app leaves a lot to be desired and for a device that is so reliant on the app it really holds back the new Chromecast. Surprisingly we get something from Google on which the search is one of the main areas it is lacking.

Hopefully Google can quickly update the Chromecast apps to address these shortcomings.

There are a lot of positives: the screen mirroring is by far the best I have ever tested, and it is a great device for shaving videos and photos from your phone.