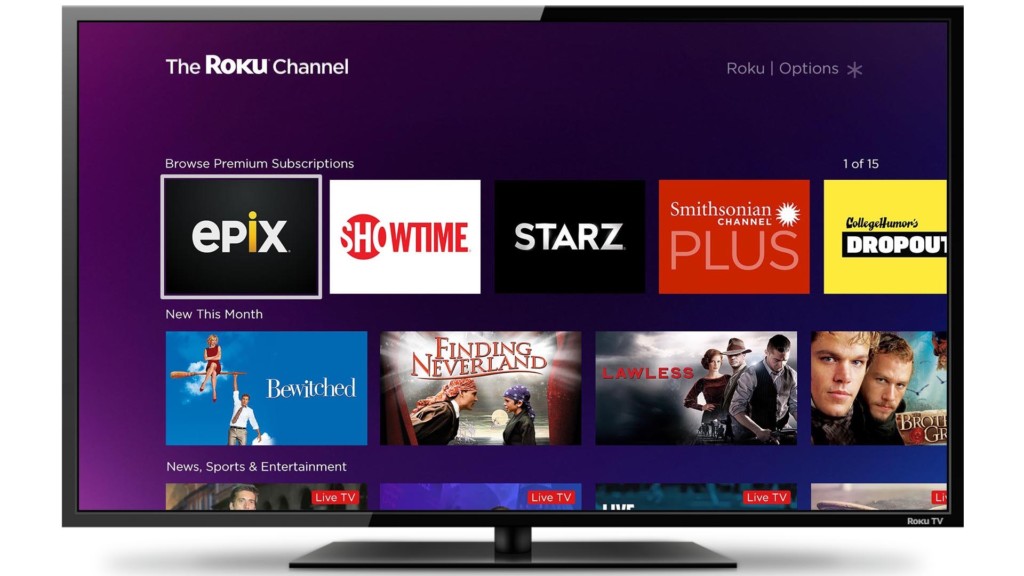 Roku has recently been focusing heavily on the Roku Channel. At first, the Roku Channel just offered on-demand access to ad-supported content. Later Roku added live feeds from places like ABC News. Now the Roku Channel will also let you subscribe to and manage your subscriptions to other streaming services.

Late last year during an interview with Adage Roku’s CEO Anthony Wood said, “…The other reason is because we think content is going to become more and more aggregated into a content-first user interface. So, for us, the Roku Channel is the sandbox where we are building up our expertise in content-first UIs and recommendations. We started with movies and TV shows, added news, and we will add more content types. At some point, it will probably become our home screen.”

Wood went on to say:

“We believe our user interface will move to what we call a content-first [UI], where the home screen, instead of being all apps, might have some apps and a lot of content. The content will come from a bunch of different sources, but it will be aggregated by Roku and recommended to consumers. Some might have ads in it, some might be things you paid for through Roku Pay, or there might be an icon for Netflix’s app. Netflix probably won’t ever syndicate its content through the Roku home screen, but for brands like Showtime, HBO, CBS, ABC News, there’s content that has a market, but needs to be part of an aggregated experience for the consumer to have a great experience.”

Android TV also does this by mixing apps and recommended content right on the home screen. Now it looks like Roku wants to get into the game of not only just being a player but making more recommendations.

How will this work? If it is similar to other devices, if you are halfway through a show on Hulu you may see that show appear as an icon on the Roku home screen. Clicking on that icon will take you directly to the show you want to watch.

What do you think of this move? Are you excited about what you are seeing on the Roku Channel right now? Leave us a comment and let us know what you think.