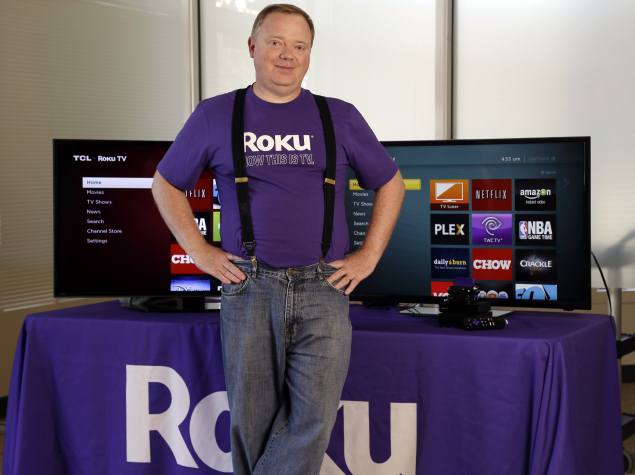 Roku has long been known as a streaming box company, but in a recent interview with the CEO of Roku Anthony Wood said Roku has a different plan for the future.

Roku has been making TVs now for over a year and has sold over a million TCL Roku TVs in 2015. Now Roku wants to double down with the recent release of 4K Roku TVs and soon-to-be-released Roku HDR TV from TCL.

As more and more TV manufacturers move away from proprietary OS to a Roku TV, Android TV, and even a FireFox TV OS, it will help make smart TVs a better option. Now more developers will be willing to make apps for smart TVs because they will reach a wider audience.

In the past when a smart TV OS had just the fraction of users that a Roku or Fire TV have many developers didn’t make both for smart TVs. Now Roku is hoping that pushing their huge channel lineup will attract more TV manufacturers to their OS as a way to get access to an ever-growing lineup of channels.

This does not mean Roku is dropping out of the Roku set-top box market—just that they do not see it as the future of Roku.