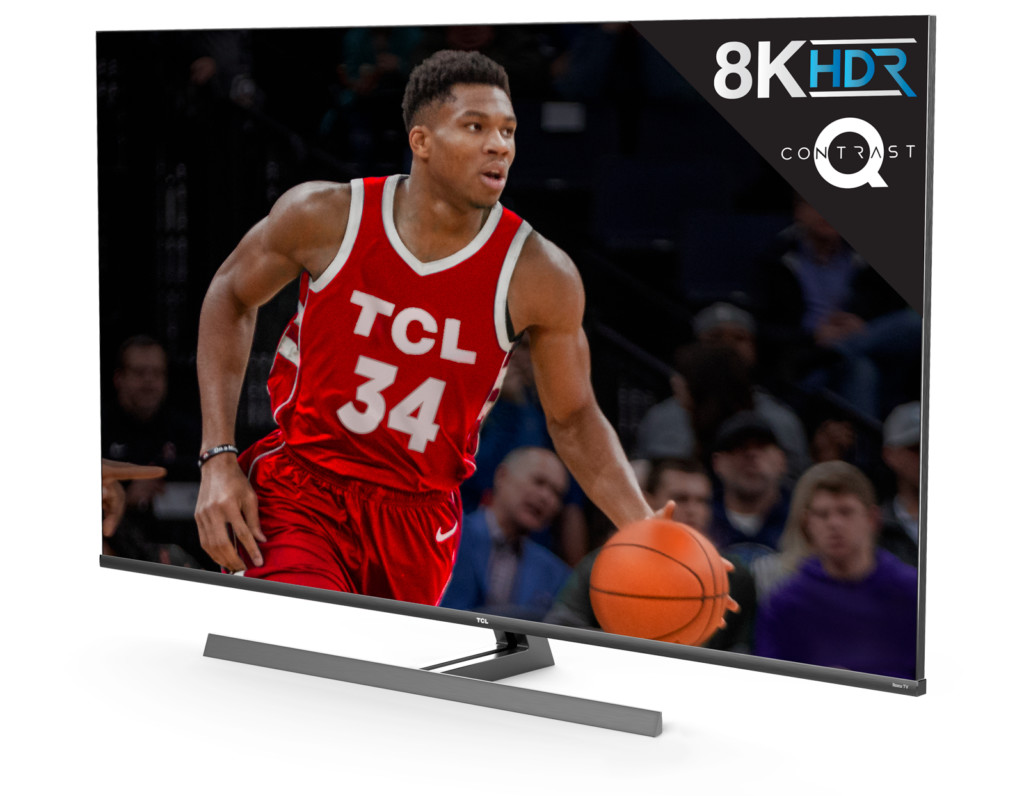 TCL also announced plans to roll out a new 8-Series Roku TV with 8K support this year. These new TVs will offer 8K resolution in screen sizes of 75″ and larger. They will also offer a powerful upscaling performance to skillfully convert today’s 4K and full HD resolution content that delivers a new sense of depth and clarity. The new 8-Series line will also support the latest HDMI standards allowing these 8K TV models to be ready for the next stage of the 8K content evolution as new devices come to market that are ready to deliver 8K content.

“2018 was another great year for the TCL television business globally and especially for us here in North America,” said Aaron Dew, director of product development, TCL North America. “We’re making TVs people love and according to NPD, TCL became a leader in Smart TV with number two market share in the USA. The growth in large screen was even more pronounced with TCL taking a top-3 position in the 55″ and above category. As TCL continues to drive into increasingly larger screen sizes with the opening of the world’s most advanced Gen 11 panel production facility, the TCL team must ensure that we are delivering world-class products with the performance levels that our users truly want in their family room.”

The new 75″ 6-Series TV are already available for pre-order from Best Buy for $1,800 and will be coming to other retailers in the weeks to come. TCL also announced their new Alto Sound Bars will be coming to stores in the spring. The new 8K TVs from TCL will come out later in the year.

“While we’ve made huge strides in successfully and quickly making TCL one of the most popular TV brands in the US, our mission is to continue that rapid growth by utilizing our vertical integration prowess to expand our home theater categories while delivering larger sizes and better technology in the television space this year. While our users are pleased with what we have delivered so far, they expect greater things from us. With our new sound bars, the 75″ 6-Series, continuous software updates and promise of innovation to come, I think we are well poised to exceed those very high standards,” said Chris Larson, senior vice president, TCL North America. “The best entertainment always involves a combination of first-class viewing and listening experiences and it’s certainly an exciting time as we fine tune that recipe to pave the way for triumphs in both, with trusted partners like Roku and Dolby along the way.”

TCL also announced that all TCL 5 and 6-Series Roku TVs will be getting the new Roku OS 9 update in the next few months.