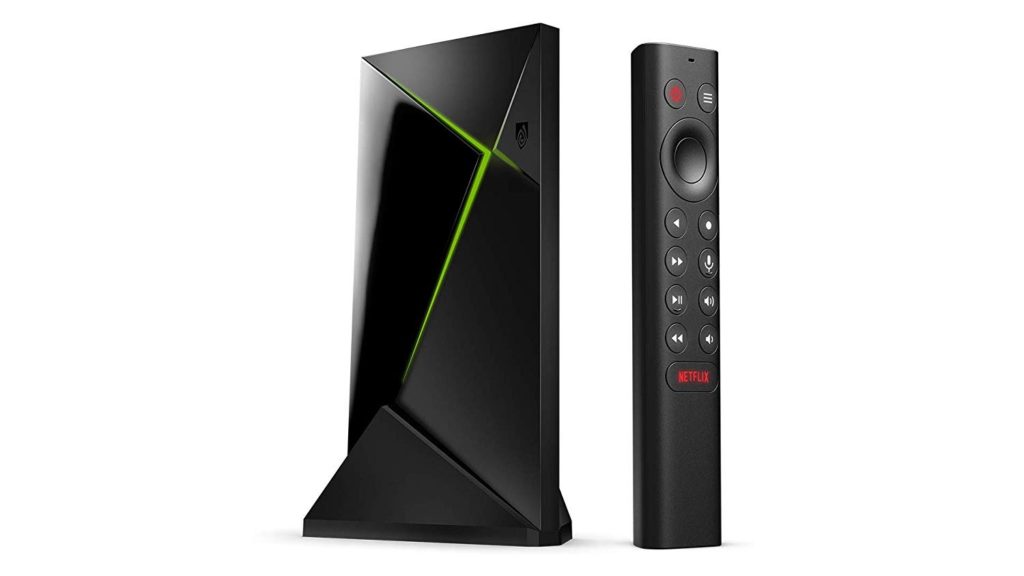 According to the Amazon listing, the new device will include 3GB of RAM and 16 GB of internal storage along with a new Tegra X1 processor, two USB 3.0 ports, and 4K Dolby Vision HDR along with Dolby Atmos sound. Now it is very possible that a second version with more storage will also be sold but was not listed on Amazon. The new remote comes with a motion-activated backlit button, lost-remote locator, IR for TV control, and Nvidia is switching from a built-in rechargeable and the watch like batteries to now use 2 AAA batteries to power the remote. You will also find a new Netflix quick launch button newly added to the remote.

Sadly Amazon has removed the listing but not before Android TV Rumors got a few images and posted on Twitter. This listing seems to confirm that the new Nvidia Shield will hit stores soon. Recently, Gamestop has put some Nvidia Shield products on clearance including the current game controller. This comes as the new listing does mention an updated game controller.

We will post more updates about the new Nvidia Shield as we learn more.