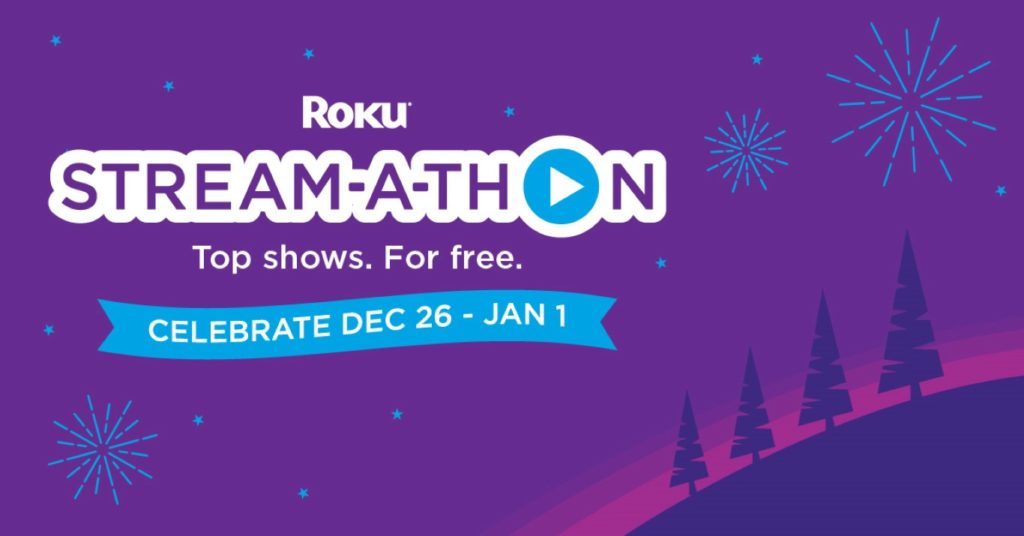 Today Roku announced that they have big plans to ring in 2020 with the addition of premium content including the first season of the “Game of Thrones” for free to the Roku Channel for a limited time.

Starting on December 26, Roku will add a huge collection of premium programming for free for a limited time to the Roku Channel. This content includes programs from Epix, HBO, Cinemax, STARZ, Showtime, and Up Faith & Family.

“Stream-a-thon marks the conclusion of an eventful year for The Roku Channel, which included milestones such as the introduction of Premium Subscriptions, the expansion of our live and linear channel offering, the debut of Kids & Family, and the addition of value packs,” said Vice President, Programming and Engagement, Rob Holmes. “The Roku Channel is bigger and better than ever and we’re ending 2019 with even more great entertainment from some of the best providers in television. There’s no better way to welcome new Roku users and enable both novice and veteran streamers alike to decompress from the holidays with some of TV’s most popular shows available for free on The Roku Channel.”

“We are thrilled that HBO will be part of Roku’s Stream-a-thon this December,” said Sofia Chang, President, WarnerMedia Distribution. “There will be something for everyone to enjoy over the holidays from HBO to Roku users without a need for an HBO subscription.”

Here is some of the content you will find on the Roku Channel starting December 26, 2019:

Full first seasons of the following premium shows will be available free of charge for users to enjoy:

In addition, a selection of episodes of popular shows will be available on The Roku Channel. Entertainment available during this year’s Stream-a-thon include the following:

This content will be live on December 26, and you will be able to enjoy it until January 1, 2020.