Twenty-Five Percent of US Homes Are Cord Cutters 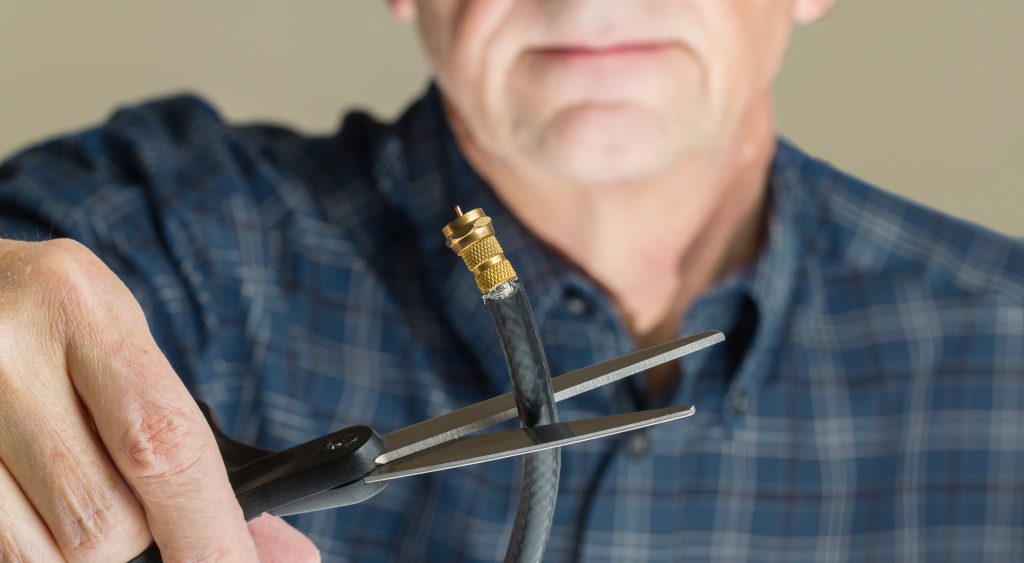 A recent study from GfK, a research firm, shows that cord cutting is not only strong but continues to grow.

The GfK 2016 Ownership and Trend Report shows that overall just 73% of US households pay for a pay TV service such as cable or satellite. Seventeen percent of US TV households now rely on over-the air TV. That is a 2% increase over this time last year. Even more cord cutters rely just on streaming options and skip an antenna for free over-the-air TV.

“The fact that a statistically significant increase in broadcast-only reception occurred over just one year may be further proof that the cord-cutting/cord-never phenomenon is accelerating,” said David Tice, GfK media and entertainment practice senior VP. “If you include homes that have no TVs at all—about 3 percent of all households—then less than three-quarters (73 percent) of U.S. homes continue to have pay-TV service, with the attendant implications for all stakeholders—not just the pay TV services themselves, but also networks, content providers and advertisers.”

According to a recent survey of Cord Cutters News’ readers, only 74% of cord cutters use an antenna for free over-the-air TV even though over 90% of Americans will receive most of the big networks such as ABC, CBS, and NBC.

Although cord cutting is strong, there is still a long way to go because millions of Americans still pay for cable TV. That potential growth is what makes cord cutting such a tempting market for new services to jump into and is the likely reason we hear of companies, such as DirecTV, Hulu, YouTube, and Twitter, working on new services for cord cutters.