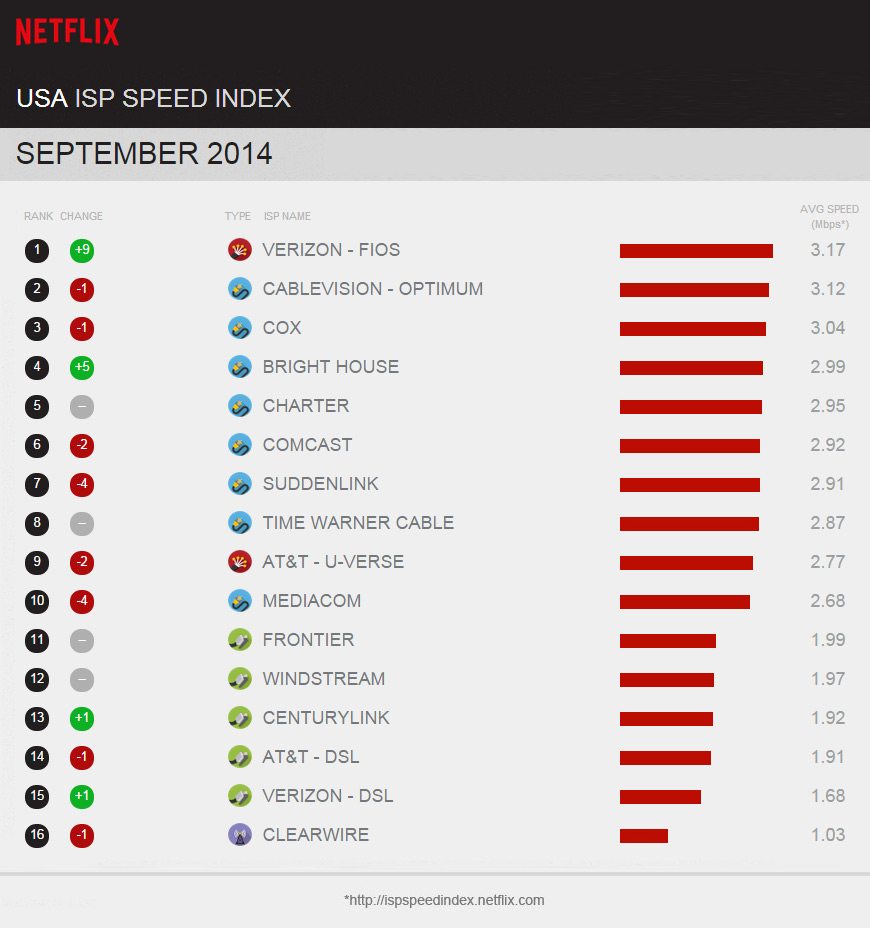 “The rapid rise, which began last month, followed an interconnection agreement with the company that uncongested ports for mutual customers,” Netflix said in their monthly speed report.

Maybe the real surprise is Comcast still being in the 6th place after Netflix payed for better service to Comcast customers.  Maybe the truly depressing part of this survey from Netflix is the fastest average US speed is still only 3.17Mbps.

Switzerland came in as the fastest country with the average speed of 4.15Mbps for Quickline. Switzerlands slowest speed was 3.50Mbps.