Watch and Read DC Universe Content for Free on March 30th Or Get a Full Month For Just $0.80 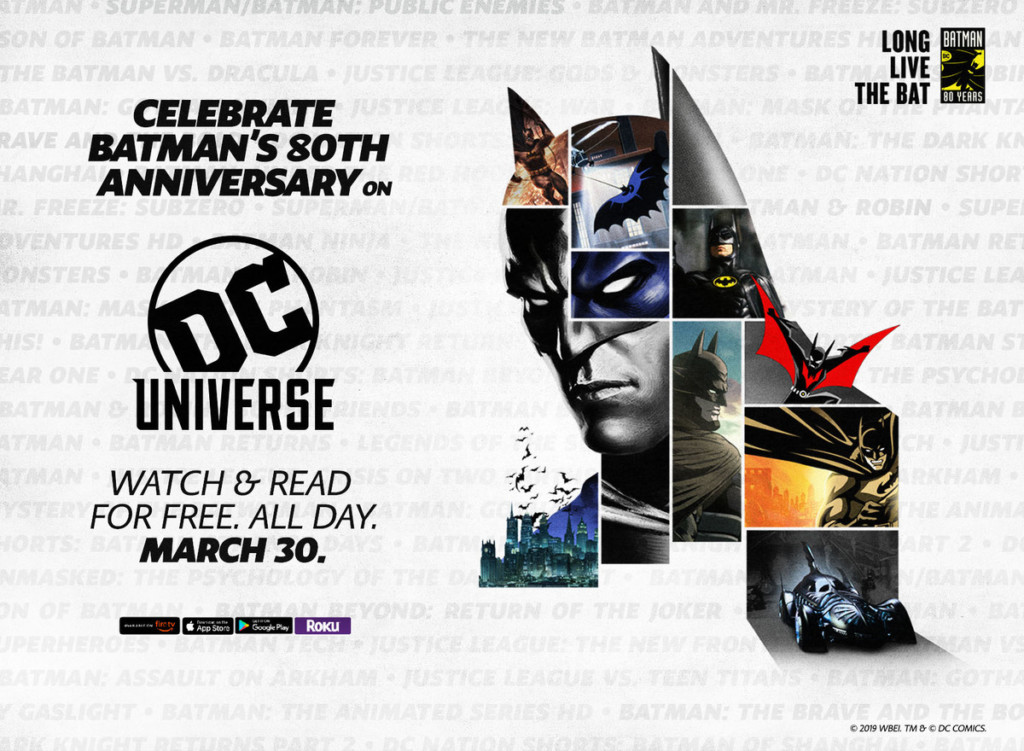 On Saturday March 30, to celebrate 80 years of Batman, DC Universe is making their films, TV series, and comics featuring Batman available for free. This is a one day event, so get ready to read and watch all of your favorites while it lasts.

Everyone in the US can join in on the celebration by visiting DC Universe on the web, or through the DC Universe app available in the Apple App Store, Google Play Store, Roku, Android TV, and Amazon Fire TV. The deal starts at 12 am EST on Saturday March 30 and runs for 24 hours, ending at 11:59 pm EST on Saturday.

Here’s everything you’ll be able to watch during the 24 hour Batman extravaganza:

If 24 hours of binge watching and reading isn’t enough, DC is keeping the celebration going with a special offer. The first month of DC Universe will cost just $0.80 for new members who sign up between March 29 and April 4, 2019.

Please follow us on Facebook and Twitter for more news, tips, and reviews. Need cord cutting tech support? Join our Cord Cutting Tech Support Facebook Group for help.
Read Previous Hulu is Cutting The Number of Ads You… Read Next EXPIRED: The 4k HDR Roku Stick+ is On…