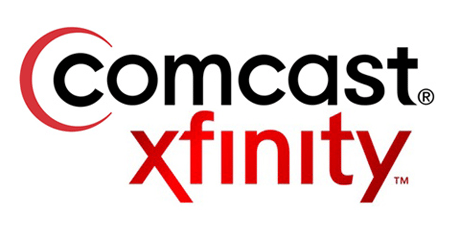 Comcast has been heavily pushing their Internet Plus Plan which offers Cord Cutters some TV channels with their Internet packages. It is suspected that Comcast does this to help keep their subscriber numbers artificially high.

So, we took the time to look at 3 different plans Comcast offers: all with 50Mbps down internet. We also took the time to break down the total cost over 24 months, the new normal contract for many providers, including Comcast. In the end we want to answer the question if it is cheaper to get a cable TV package or to get a Roku  / Fire TV and stream your shows. Especially when services like Sling TV start at just $20 a month and give you some of the most popular channels on cable TV with out a contract.

This sounds like a really great deal at first: 140 channels of TV with 50 down internet. That is until you notice a 24 month agreement is required, and the $69.99 price is only good for the first 12 months. After that the price jumps to $99.99 a month; bringing the total cost of the package, before taxes and other fees, to $2,039.76 for the two year contact.

That means if you buy this package your average monthly bill, over the 24 month contract, will be $84.99.  That is before we look at adding a DVR charge.

Here are the full details of the plan: 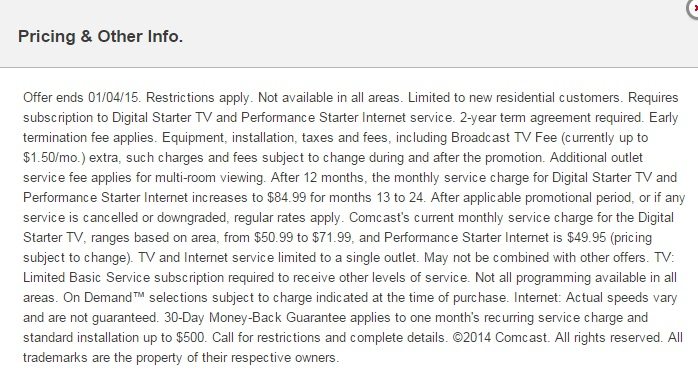 Internet Plus With 10+ Local Channels

Again, this sounds like a great deal with HBO, local channels, 50 Mbps, and HBO all for $44.99. The thing to remember here is that local channels are free, over the air, for most Americans. Why should a Cord Cutter pay for local channels they can get for free? (Yes, I know not all, I live in a local with bad OTA.)

You can read the full details of this plan here: 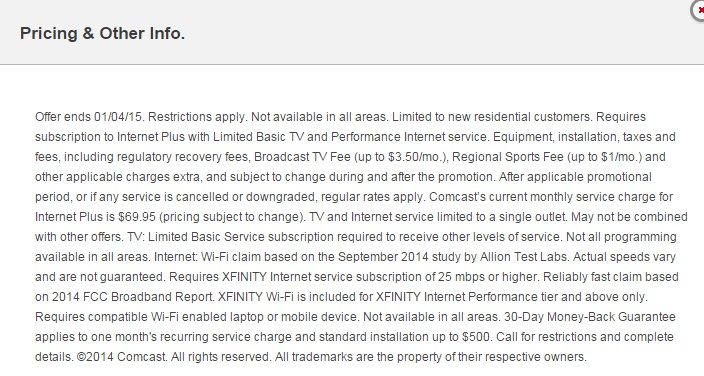 Here are the full details of this plan: 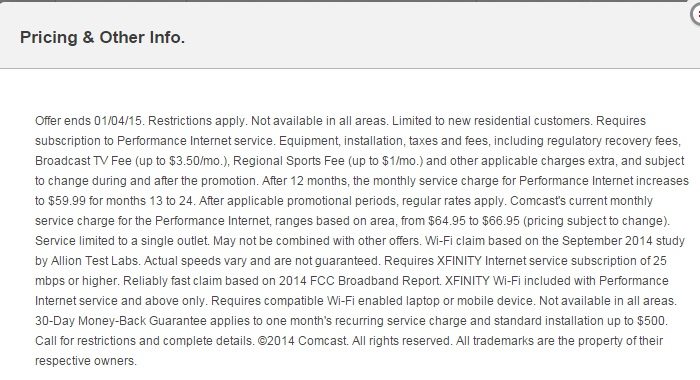 
The Internet Only plans may not seem like a great deal at first; when for only $5 more a month you could get HBO and local stations. However, the real savings come in the long term cost and what content library you get for your money.

There are even bigger savings if you only want HBO for one show. For example: if you are paying for HBO just to watch one show, like Game of Thrones, or even two shows, its best to skip the Internet Plus plan and buy them on Amazon. (I will confess, not that long ago I paid for Showtime just to watch Dexter.)

Going with Internet Only package will save you $179.52 over a 24 month period. That is enough money to pay for a full year of Netflix, and still buy two seasons of Game of Thrones on Amazon Instant.

You could also purchase an Amazon Prime membership, with a huge library of free HBO shows, and have $80.52 left to buy new seasons of HBO shows.

Or, if you do not care about HBO, you could save enough to pay for a full year of Netflix, and have $71.64 to buy an antenna to get local TV stations in great HD. Or, you could buy a year of Netflix, and a year of Amazon Prime, for only $27.36 extra; offering you a huge library of movies and TV shows compared to the more limited content from the stations Comcast will offer you.
Now, if having a HBO Go subscription is important to you, I suggest waiting a few months for the new HBO plans that will be sold directly to Cord Cutters. We do not know the price yet, but we do know HBO does not have the same reputation for raising rates as does Comcast.

Lastly, if you want to have Amazon Prime and Netflix, no matter what internet/TV package you buy, here is the breakdown cost on average over 24 months.

So in the end, it is cheaper to get the Internet Only option. You also get a larger library of content at a lower price, compared to the cost of an Internet Plus package.

I highly recommend getting a Roku 3 or a Fire TV and streaming your content over paying a cable provider for TV.

Also make sure to check out Sling TV at just $20 a month with no contract you get some of best cable channels on TV.

Addressing the very low plans offered to keep current customers not listed on their site.

Comcast has been offering very cheap plans for TV and internet, often cheaper than internet only. Sadly, Comcast does not list these plans on their website, so we cannot break them down in detail. Often these plans are only offered as a last ditch effort to keep someone from canceling. We also hear that the rate they give you on the phone is sometimes only good for 6 months, and after that the rate skyrockets. Here is an example from Comcast’s own customer forums. 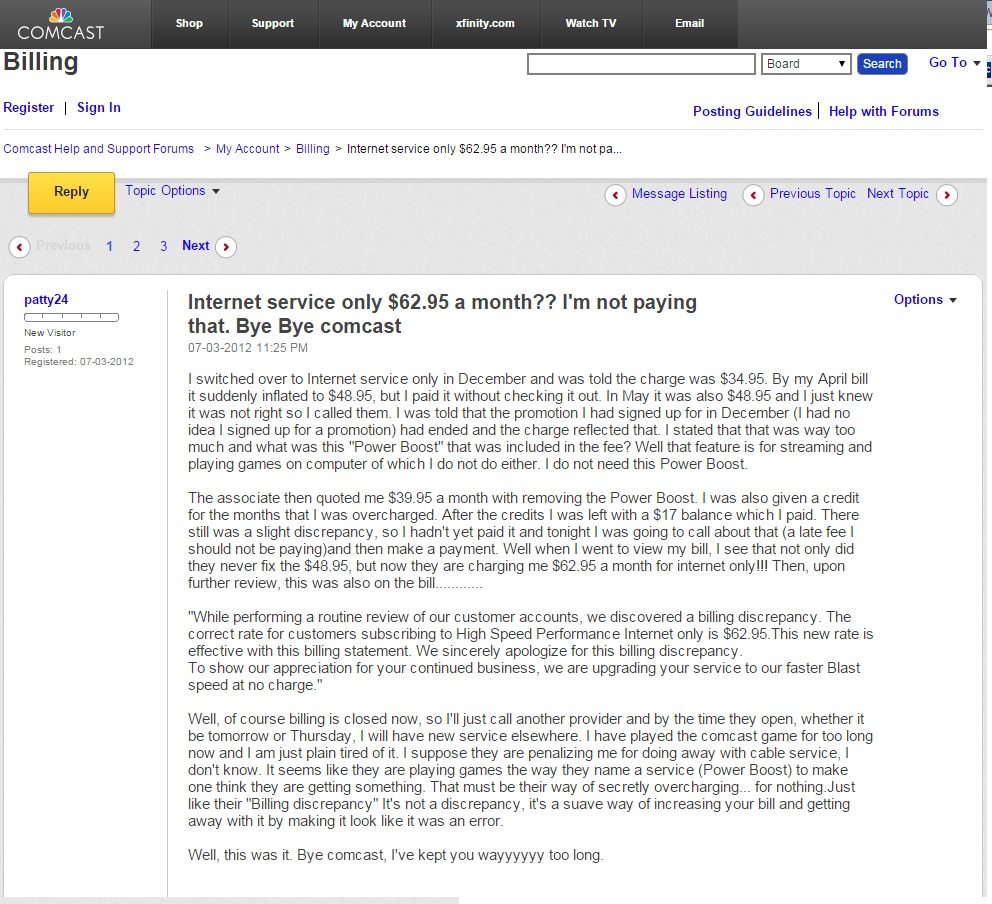 So, if you sign up for one of these deals, make sure to ask how long the price is locked in for. We cannot confirm the details of these packages, as they are not posted online. All we can show you is what Comcast customers are saying.

You can read the full thread on Comcast’s website here http://forums.comcast.com/t5/Billing/Internet-service-only-62-95-a-month-I-m-not-paying-that-Bye-Bye/td-p/1335081

Details about these plans.

The prices shown are for packages offered in Missouri. Comcast does adjust their prices for different markets. The general concept will be the same; as the prices appear to adjust evenly across all plans. These prices and plans are current as of November 15 2014. You can view the different Comcast plans on their website here: http://www.comcast.com/cable-internet-packages.html

Make sure to do your own research before you buy a plan. All ISPs change their plans on a sometimes daily basis. Make sure you look in-depth into what they are offering you; and what the competition offers before agreeing to any contracts. In the end, do what is right for you and your family.