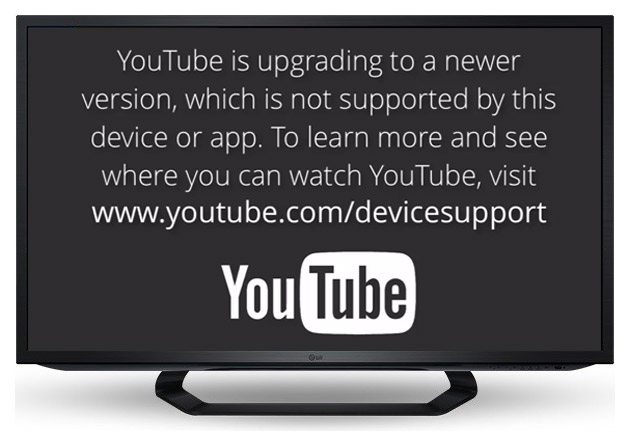 YouTube recently updated their API, and in doing so have blocked access to Google TV. Google TV versions 1 and 2 will be affected by this move, leaving their remaining users unable to access YouTube. Sadly, many of these devices are only 3 years old ,leaving many Google TV users out in the cold.

“As we upgrade the YouTube Data API to bring more features, we’ll begin shutting down the old version on April 20, 2015. This will result in the current YouTube app not working on certain device models from 2012 and older.”

Some of these Google TV boxes sold for as much as $249, and even the discounted clearance price was still $99. This leaves many Google TV users with a very expensive box that won’t do much anymore. The very short lived support for the Google TV is leaving many users unsure if they can trust that the Android TV boxes, like the Nexus Player, will still be supported in three years.